PSG and Barcelona both enter this Champions League quarter final all but mathematically winners of their domestic league. All the signs point to a gripping tie:

Barcelona currently sit 13 points clear in La Liga and proved their dominance in a brilliant second leg against AC Milan in the last round of the Champions League. They will be seen as big favorites across the two legs and Thiago Silva himself has admitted that Barcelona are seen as the better team. The Spanish side will also be boosted by the fact that coach Tito Vilanova should be back in the dugout for the first time since his cancer treatment. PSG are likely to struggle with the side’s pace down the flanks and all round creativity. Expect Barcelona to boss possession.
Barcelona can be beaten, however. They put in a fairly average performance against Celta Vigo on Saturday in a match that ended in a draw and played very poorly against AC Milan in the first leg, where it looked like the loud atmosphere got to the players somehow. With almost 49,000 loud PSG fans to deal with, they can not do the same. They have only won two of their last eight games away from home and they also have a few injury concerns to worry about as Carlos Puyol and Adriano are out of the first leg at least. Both Xavi and Jordi Alba are doubts, having not played since they got injured on international duty for Spain, but they have both been included in the squad that has now touched down in Paris and it does look like they will both start the game. If Lionel Messi scores, he can become the first player in the history of the Champions League to score in 20 different cities. 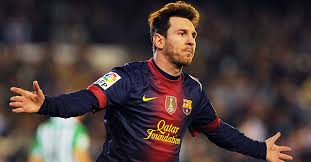 PSG will be boosted by the return of Zlatan Ibrahimovic, after his ban of two games for a clumsy challenge, in the 2-1 win against Valencia in the first leg of last round, got shortened to one, meaning that he is able to play. Zlatan will be key, as not only will he be able to do something special in a game where PSG are expected to have few chances, but he also knows the tactics and players of Barcelona well, as he played there in the not so distant past. PSG lead Ligue 1 by 8 points, but this has not all been easy going:

PSG’s margin at the top appears down to the inconsistency of others rather than their form itself. Lyon have dropped points regularly in the last couple of weeks and this has allowed PSG to open up a lead at the top. They have only won 4 of their last 8 and last time out in the competition, they produced a lackluster performance at home to Valencia. As well as Zlatan Ibrahimovic, PSG do not seem to tick without new Brazilian signing Lucas Moura. They have become every reliant on his attacking pace down the flanks and the player is set to return from an ankle injury to play. Thiago Motta is the only notable absentee for the French league leaders, as he is out with a groin injury.
In terms of whether PSG get a win, a lot depends on how Blaise Matuidi plays. The defensive midfielder has been ever present this year and he will be the player who will have to track and stop the forward runs of Barcelona. Matuidi will also be vital in an attacking perspective for PSG, as he is good at bringing the ball out of defense and distributing it to the flanks, where the wide players can break.

Matuidi: Set to be key for PSG
[Via StarAfrica]

Overall, it should be a cracking tie. Don’t miss it. Coverage on our website from 7:00.

Two Juventus fans on trial in Paris over...