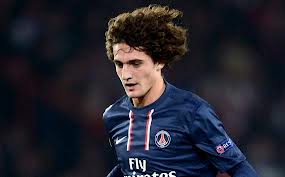 Here we look at young players across the globe who we believe have the potential to become the next big thing. At the age of 17, Adrien Rabiot is one such player. He currently plays for PSG, but was on loan at fellow Ligue 1 club Toulouse last season. Here is his story, what sort of player he is and what he can become:

Adrien Rabiot began his footballing career at the early age of 6. He played in Creteil’s youth academy for 6 years with a one year gap in 2003 when he played in the academy of UJA Alfortville for a year. In 2008, however, it was all change. Manchester City scouts watched the then 13 year old for many years and eventually convinced Rabiot to take the trip into the Manchester City youth team on a 6 year youth contract.

The move, however, was a disaster for the player. After six months, the player both homesick and having failed to impress, left the club. Rabiot was lucky though. Creteil, the club he had been at for 6 years were there to welcome him back to their setup with open arms, and allowed the Frenchman to keep on pursuing his dream. He only stayed here again for a brief time, because in 2009 he moved to Pau for 6 months. This was because he was soon selected to play in the Castelmaurou training centre just outside Toulouse. This, similar to Clairefontaine, was designed to nurture young talents into professional football players. Players were usually selected at the age of 16 for around two years, but Rabiot was a special case.

He was selected at the age of 14, and only stayed for a year, as he was soon snapped up at PSG. Rabiot then signed his first professional contract at the age of 17, at the start of this season and featured 9 times for the club this season, including being their youngest ever player in the Champions League. In January, he was loaned to Toulouse, due to lack of playing time.

Rabiot takes on his old side in an U19 tournament
Via www.mcfc.co.uk

This season, Rabiot has impressed greatly. He is an attacking midfielder who has a great ability to track back and win the ball. He has been able to look composed among the stars so far this season and is even being seen by some pundits as a player who could lead the French giants in the future. He possesses skill and is able to beat players, as well as bring the ball forward a great distance. He first represented France at U16 levels in his first season at PSG in 2010, but has since played at ever level upwards to the U19, where he has been a regular feature in the last few games. Although it could be some time until Rabiot makes his debut for the full national team, due to his lack of experience and the fact that there is so much great young French talent, one does presume that it is a matter of when and not if.

Rabiot getting involved for the French U19 side against Germany
[Via Fifa.com]

Rabiot has also proved that he has the ability to become an all round player. As well as showing his abilities defensively, he has, in the recent weeks for Toulouse, scored a goal that even Cristiano Ronaldo would be proud of. Against Brest, he cut inside from the left and rocketed the ball into the back of the net from 30 yards. This is perhaps why his teammates at Toulouse are currently calling him ‘Cristiano’. The goal, however, did show just what Rabiot is capable of in the future: (Skip to 0:30)

Rabiot has attracted much interest from other clubs, due to his impressive performances for PSG. West Brom, Newcastle and West Ham were all very interested in taking the player on loan in the winter, but the player opted to go to Toulouse instead. At 17, the player can not expect to receive too much playing time, due to the stars that the PSG squad contains, but the fact he stays shows that Rabiot himself believes that he has a future at the club. Rabiot is already being touted as a future captain of the club, and although this could be seen as speculation rather than anything, it is clear that the player has a very bright future, and it is likely that we will be hearing his name much more often in years to come. According to Sky Sports, Arsenal now have an interest in signing the player.