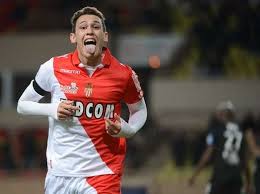 Here we look at young players across the globe who we believe have the potential to become the next big thing. Today Nico Faure, an expert on South American football gives detailed insight into Monaco’s 18 year old Lucas Ocampos who has a very bright future ahead of him:

He is already being compared with Cristiano Ronaldo. He arrived in France at the young age of 18, having played 38 games in the Argentinean second division. The Russian billionaire owner of Monaco had to offer €11m (plus €2m in add-ons) to prise away a player who is now certainly one of the most talented in Ligue 2.

2011 was probably the most chaotic year for  Monaco ‘club de la Principauté’  on record, with their relegation from Ligue 1 in May  having spent more than 35 consecutive years in the French top flight before hand. Then Russian multimillionaire Dmitry Rybolovlev took over the club. The businessman  bought a 66,67% share of the club and dreams to see l’ASM again in Ligue 1 after last year’s disappointment (Monaco finished 8th in Ligue 2 with coach Marco Simone). This year the Russian had other ideas, he sacked Simone and his team to bring in the experienced Italian Ranieri, who is trying to start a big project and Lucas Ocampos is a big part of is set to play a key role in its execution. It is unusual that young players from South América have some time to express themselves on the pitch before being questioned when they arrive in Europe. But as we say in France «petit à petit l’oiseau fait son nid» (slow and steady wins the race): this is exactly what Lucas did after he spent more or less 5 months adapting himself to the team, city and style of play. Ocampos has now started to be more important up front and Monaco feel that they know they can count on his talent to keep fighting for the promotion. Let’s find out a bit more about the new Prince of Monaco.

Lucas was born in Quilmes, a populated part of Gran Buenos Aires near the Plata river. As the majority of boys in the country do, Ocampos loved football from a young age and played as much as he could. He joined the Quilmes academy before joining River Plate after an amazing performance with Argentina in Bolivia for the Sudamericano U15’s. Despite it being a poor tournament for his nation, who were eliminated in the first round, Ocampos did really well scoring a brace against Colombia. River’s scouts noted his able performance and the club bought 50% of his rights from Quilmes in a co-ownership agreement. Soon after Lucas begun to understand what it was like to play at the highest level living in La Pensión where he shared a room with River Plate’s highly rated teenager Ezequiel Cirigliano who became one of his best friends on and outside of the pitch. With Quilmes he was a striker but with River, Lucas was able to refine his skills to be versatile and became an important part of the club on the left wing.

Ocampos for River
[Via Cronica]

As mentioned earlier, Lucas arrived in one of Monaco’s darkest hours, but it has to be said that he was more than used to these situations. His career at River Plate and the player he has become is partly thanks to Matías Almeyda who entrusted him with a key role in leading the team fightback to the first division after the worst year ever for River Plate (the Millonario). Almeyda and Ocampos crossed paths for the first time in 2005 when Almeyda (El Pelado) was playing for Quilmes and Ocampos (El Torito) entered into the academy at the same time, when he was eleven. Being relegated to Primera B Nacional for the first time in 110 years was a big humiliation for the club and Almeyda, captain of the team during that horrible year, assumed the lead of the group for the comeback. After his debut on 16th August 2011 against Chacarita Juniors Ocampos took this breakthrough year as an opportunity and became one of the best players in the team in 2011, playing 38 games ,scoring 7 goals and crafting 5 assists. FIFA nominated him as one of the most talented youngsters of the year with such great players as Thiago Alcántara from Barcelona. This was the year that Ocampos took to the world’s footballing stage and teams such as Chelsea, FC Barcelona, Real Madrid, Manchester United started to notice.

With the best teams in the world ready to pounce it was clear that Lucas wouldn’t stay at River for much longer in 2012. After the first game of the season against Belgrano in which Lucas played 90 minutes he flew to France, to Monaco. This was a big surprise for everybody and a big upset for the fans who were unhappy that the team were selling a very talented, home grown player. The transfer fee was split between River, Quilmes and a group of investors. Lucas soon met Claudio Ranieri, the Monaco manager who had had a really bad relationship with ‘El Burrito’ Ortega (A former player of River Plate) back in 1997 and a coach who helped to develop the player ‘El Piojo’ Claudio López the same year, 2 compatriots Lucas can still learn from. Ranieri had to wait for the green light from the French federation before playing him and his debut with ASM arrived in August against Le Havre. After doing well in the French cup he enjoyed some games in Ligue 2 but the Italian coach wanted to nurture his talent and potential with care. The winger had to wait for his  until January for his first league goal and from that moment on he started to play a more pivotal role in the squad.

Ocampos on his debut
[Via Foot01]

He has really showcased his talent since the beginning of March and has put in a string of solid performances. He could work a little bit more on his finishing, but he can make a mockery of defenders on his wing. Ranieri knew that the guy needed time and introducing him little by little into the team was probably the best thing to do as he is showing his talent exactly when Monaco need it the most: at the end of the season. The club de la Principauté looks like it will be promoted this year and Ocampos is set to be a major part of the team for years to come. The question is, after a good year in the second division will he be happy staying with a club without European football? Will Monaco be forced to reject  offers from the best clubs in the World in summer?

When El Pelado (Matías Almeyda) decided to play him on the left, Lucas Ocampos worked every day on his defensive aspect of his game in order to be a more complete player and that is helping him a lot in France. Most people say that his style of play is similar to that of Cristiano Ronaldo and the truth is that Lucas tried to imitate him a lot when he was at River. Ocampos is tall, strong (1,87m) and really quick with the ball at his feet and has learnt to be efficient in every attacking position. He loves one to ones with defenders and he is as powerful as he is skilful. Almeyda  really focused on his potential and form at the training ground to help him improve. He has the talent to be one of the best left wingers in the world! That is for sure, but he is still really young and has some aspects to improve like consistency. On a good day, nobody will stop him with the ball at his feet but there are times when he will lose the ball at every possible opportunity. With time and focus he will grow fast, the best choice for him next year is obviously to stay in Monaco to play Ligue 1 and keep improving step by step. He will need to be patient before joining a big club like Real Madrid, his dream club…

VIDEO: Kevin Gameiro’s Frustration at Being Substituted vs Troyes (14/04/13)

Rooney to PSG: A Laugh or More to it?