PSG set to make a move for Cabaye? 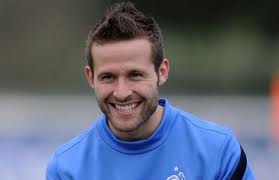 Newcastle’s French midfielder has been linked with a move away from Tyneside all Summer thus far and has been of interest to Monaco although there is no confirmation of any official approach for the player by the French big spenders. Now, however, Newcastle are at a genuine threat of losing the player as Laurent Blanc has stressed his liking of Cabaye and hinted that a move is possible:

Blanc had this to say:

“Yohan offers many things in midfield and can play in quite a few positions. He is an interesting player, and the midfield will be an area we will be strengthening because there will be departures.”

Having said that, an interest in Cabaye does not necessarily mean that they will get him. Joe Kinnear has also stressed that “He will stay” as Newcastle do not feel that they have to sell their best players, while ‘The Mail’ reports that Mike Ashley will reject all offers for the 27 year old as Cabaye is the Newcastle chairman’s favourite player at the club.

The price tag on the player does not make a PSG move any easier either. It is suggested that Cabaye will not be able to leave Tyneside for less than in excess of over 20 million pound sterling and after a poorer season than usual, it is debatable whether PSG will be willing to make an offer in this sort of region.

Nevertheless, Yohan Cabaye is a wanted man and Blanc’s statements make it clear that the Frenchman is clearly high up on the club’s shortlist. The Guardian also reported the other day that PSG are lining up a 20-25 Million offer for the player which would surely meet his price tag. As mentioned, the French club are in need of midfielders with only the likes of Matuidi and Verratti still expected to be at the club at the beginning of next season.

Overall, therefore, a PSG move is looking very likely, it is a question of whether Newcastle will be able to keep hold of their star man.

4 Reasons for Saint Etienne to Worry Next Season