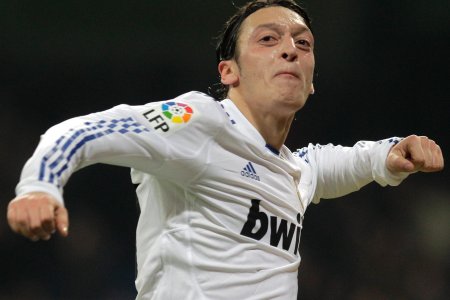 After the world record signing of Tottenham’s Gareth Bale, it is clear that one attacking player will be leaving Real Madrid in the final day of this window. According to press in Spain and France this morning, that man would be Mesut Ozil, but after being linked strongly with a move to big spenders PSG, it appears that he could be on his way to London club Arsenal instead.

Cadena Ser this afternoon claim that Ozil has choosen Arsenal as the destination where he will be able to progress his career with regular first team football. We, Get French Football News, can now also confirm that the player is very unlikely to move to PSG. Arsene Wenger has mentioned that there could be a ‘surprise signing’ tomorrow and whether that is Ozil remains to be seen as we are unable to confirm any of these reports linking him with Arsenal.

We also understand that Joshua Guilavogui has completed a medical at Atletico Madrid, but has not yet signed for the club. Arsenal have made late contact for the player and if they match Atletico’s bid before the transfer goes through, he will become an Arsenal player. It is unknown, however, if Arsenal are already too late, or if they will take their interest any further and make a bid.