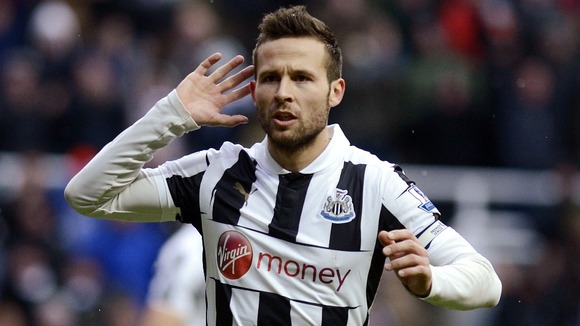 The first and most likely obtainable target is Newcastle’s Yohan Cabaye. L’Equipe understand that manager Laurent Blanc has convinced his President Nasser Al Khelaifi to spend big if he was to on the player who has played such an integral part at Newcastle in the Premier League during this calendar year. Get French Football News can confirm that no contact between Cabaye’s representatives and PSG has taken place yet for a January move.

The second target that the newspaper discusses is Chelsea’s attacking midfielder Juan Mata, who they were ever so close to signing on transfer deadline day in August. The player is reportedly unhappy at the lack of game time he is currently receiving under Jose Mourinho but the London club will block any PSG attempt unless the Spaniard actively seeks a move away.

Next we have Juventus’ exceedingly talented box-to-box midfielder in Paul Pogba. The 20 year old Frenchman is expected to sign a contract extension with Juventus if the Italian media is to believed, but Get French Football News understands that any new deal that Pogba is to sign with the current Serie A leaders will have to have a release clause implemented into it. Juventus are unlikely to sell the player for less than €40m and it is unclear if PSG are willing to expend such a sum in the middle of the season.

L’Equipe also cite Belgian attacker Eden Hazard as a player that Les Parisiens’ scouting team has been monitoring although Get French Football News feels this move is virtually impossible at this present time.

There is however no doubt that PSG will attempt to be active in some capacity next month in the transfer market.