Rooney to PSG: A Laugh or More to it? 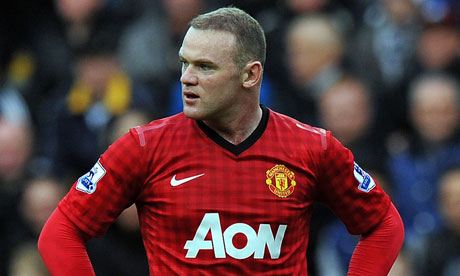 Picture Wayne Rooney strolling through Paris speaking fluent French. Somehow it doesn’t seem a natural fit does it. Wayne Rooney is an exceptional footballer, someone any team would dream of having, but many do not think that he has lived up to his full potential. He still has plenty of time to develop his game and with that in mind could PSG be the place where he sets the world alight again:

This article comes in light of the boss of Le 10 Sport claiming that Rooney to PSG is already a “Done Deal”. Firstly, let’s get the facts straight; Le 10 Sport are a French newspaper but when it comes to transfer news, let’s just say that they get a lot wrong. The are the equivalent of the ‘Daily Mail’ in the UK, who spout rumours left right and centre hoping that one of them pays off and that they get judged on that one alone. If we believed them, PSG would have Cavani, Nani, Nasri and now Rooney to add to their glittering squad for next season. This, however, may not be one of those rumours.  Rooney is a player renowned throughout the world. For many in France, he is the best in England and would be welcomed with open arms in Paris. Le 10 Sport are therefore putting their neck on the line here and this is a rumour or announcement if you like, that could, if wrong, seriously damage the reputation of both Le 10 Sport and their boss Michel Moulin.

The reality is that even though he has, in some people’s minds, not lived up to his potential; Rooney is still, on his day, one of the world’s best. As far as anyone knows, the player is perfectly happy at Manchester United, and any rumour about his departure is absolute hogwash.

On the other hand, there are a few arguments to suggest that the player could, indeed, be on his way to Paris, the soon to be French champions. Firstly, PSG have the money even to buy Messi, not that he would come, but the reality is that they do have the financial muscle to purchase Rooney. With Kevin Gameiro heading towards the exit door at PSG, they are a striker short and need a man to play in behind Ibrahimovic (in the role that Javier Pastore, the big money mover from Palermo, has failed to fill in). Rooney would fit that role very well and has played with a slightly worse version of Ibrahimovic before, in Berbatov.

Secondly, there is, although many Manchester United fans will not like to hear this, genuine interest from PSG for the player. The owner has mentioned that they would very much like to see Rooney in the blue of PSG come September. There is therefore, a chance that PSG do make a bid for the player and with Manchester United apparently searching for other attacking options, an already agreed move away for Rooney, would explain a lot.

In all fairness, when this rumour first was slapped in size 70 font across that back of the Times, we dismissed it, as most would, as absolutely laughable. The Times made a fool of themselves during the January transfer window by claiming that Moussa Sissoko, now at Newcastle was a PSG player who was heading for Sunderland, as well as getting a number of other stories badly wide of the mark. Le 10 Sport, as mentioned seem no better, but this story seems different. All the calls we have made have come back with the same response that nobody knows anything about this ‘agreement.’ It is therefore either a case of Le 10 Sport behind miles ahead of the pack or it just being another calculated guess. Only time will tell.