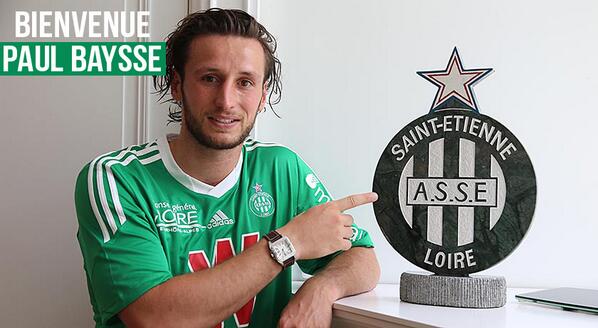 Saint Etienne have today made centre back Paul Baysse’s move to Les Verts official. The Frenchman moves from newly relegated to Ligue 2 side Stade Brestois.

Brest accepted Baysse’s wishes to quit after the club’s relegation from Ligue 1 in May. Despite most media outlets claiming the deal was done for €1m, they are in fact wrong. Saint Etienne were able to command this transfer due to the fact that Brest did not want to keep a player who wanted out and had surprisingly few other options. The fee Saint Etienne will pay Brest is in fact €700,000.

The move can be interpreted in several ways. Either Saint Etienne are merely stocking up in defensive players, learning a lesson from last year when they were dangerously short during the middle of the campaign. However, both Kurt Zouma and Moustapha Sall have been linked with moves away from the club, and Baysse is certainly an adequate replacement for the latter player mentioned; who, as we exclusively revealed, was set to move to Turkey until he changed his mind at the last minute.

Baysse had this to say upon being presented to the media earlier today:

‘I’m very happy and proud to be joining St Etienne. It’s a big Ligue 1 club, one of the most popular. They have great history.’

Cavani to PSG: The Details