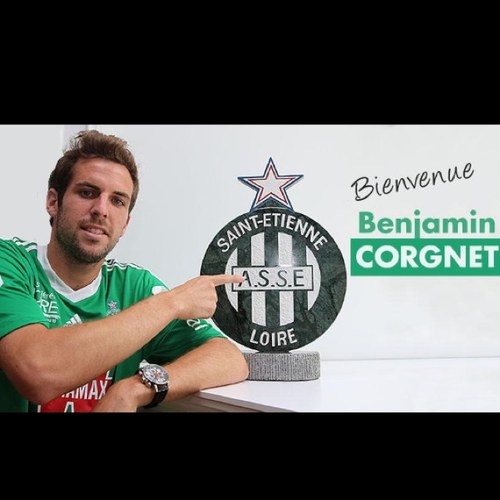 Central midfielder Benjamin Corgnet has announced via social networking platform Twitter that he has signed for Saint Etienne from Lorient, a club he spent just one year with.

Lorient have sold the predominantly attacking midfield player for around €4m, making a reported loss of €2m in the process (they bought him from Dijon last summer for €6m). Despite this, the club from Brittany may have been well advised to sell the Frenchman, who did not have as good a debut season as many would have hoped. The player signs a 4 year deal with Les Verts which would take him up to the age of 30.

He had this to say upon being unveiled: ‘This is a very good progression for me in my career. Saint Etienne is a great club that will compete in the Europa League next season. Christophe Galtier presented me with an excellent sporting project.’