Thiago Silva gets an extra €1.5m to stay 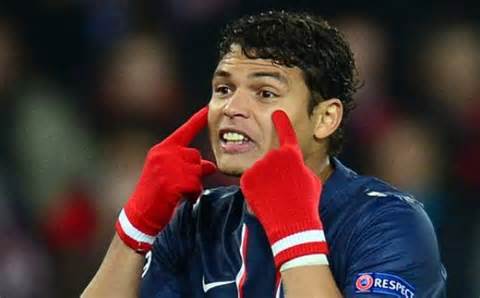 After the uncertainty of Brazilian defender Thiago Silva’s future, L’Equipe have reported this morning that Al Khelaifi convinced the player to stay at PSG through extra monetary incentives.

PSG President Al Khelaifi is understood to have held talks with the player’s agent after it 1st emerged that both Thiago Silva and Barcelona were serious about making a potential move happen.

In order to stop the Brazilian attempting to depart and creating yet another problem for PSG in this torrid summer, Al Khelaifi has awarded Thiago Silva a sort of loyalty bonus and he will receive an extra yearly bonus of €1.5m which is fixed; meaning it is not affected by performances.