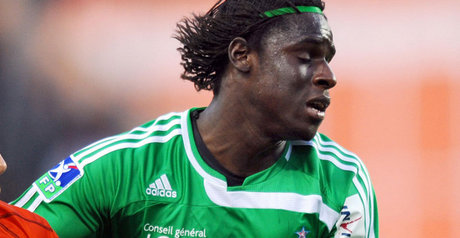 A round up of today’s major transfer speculation and news from ourselves and other major news providers:

CONTACT: Centre back Bakary Soro, who is a free agent after leaving Arles-Avignon is in discussions with Ajaccio. (Get French Football News)

CONTACT: Sochaux’s attacker Vincent Nogueira is still in informal discussions with Evian, which have so far been fruitless. (Get French Football News)

FALSE: The Le 10 Sport claim that Bafetimbi Gomis is negotiating with Newcastle has no substance, we understand.

CONTACT: PSG have made a €64m offer for Edinson Cavani of Napoli and Sporting Director Leonardo has met with the club’s President. (Gazzetta Dello Sport)

CLOSE: PSG have come back into the running for Lille’s starlet Lucas Digne after Monaco were close to signing the player. (Nice Matin)

BROKEN DOWN: Moustapha Sall, the centre back from Saint Etienne has decided against a move to Turkey it has emerged.

DONE DEAL: Gianni Bruno leaves Lille where he was unhappy and signs a one year loan deal with SC Bastia with an option to buy.

OFFICIAL: Newcastle have confirmed the signing of Olivier Kemen, the exciting U17’s winger from FC Metz on a long term contract.

CONTACT: Lille have begun informal discussions over the possible transfer of centre back Simon Kjaer of Wolfsburg.

REJECTED: Saint Etienne have rejected a €2m offer from Italian side Torino for fullback Faouzi Ghoulam.

OFFICIAL: Pierre Emerick Aubameyang has signed for Borussia Dortmund fromSaint Etienne for €15m. He has signed a 5 year contract.

CONTACT: Wolfsburg have confirmed they have made a formal enquiry about the availability of Kurt Zouma.

CONTACT: Confirmation that PSG have made an enquiry regarding the services of Lazio’s Hernanes.

PSG set to make a move for Cabaye?

Gael Kakuta loaned back to Vitesse