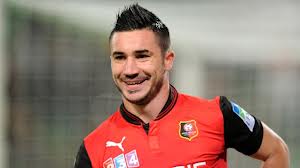 Romain Alessandrini played a pivotal role in Rennes’ campaign in the first half of the season before suffering a horrible injury. The winger is still a wanted man however:

It is now being reported that after 4 rejected offers for the player, Marseille have given up on signing him.

According to @RAPHAELRAYMOND this morning, Marseille have a €6m release clause for Romain Alessandrini in 2014.

Confirmation was received early this morning that Rennes have rejected a second offer for the winger. Rennes want around €12m for the player.

La Provence claim that Romain Alessandrini will return to Rennes today and ask for a transfer to Marseille. They believe the deal could be done by the end of the week.

Romain Alessandrini’s agent yesterday confirmed that Marseille had made a second bid for his client. The President of Rennes later denied that he had received another offer. Sud-Ouest are this morning reporting that Marseille are going to have to offer €12m if Rennes are going to even consider his departure. The second offer Marseille made was around €8m.

La Provence are this morning claiming that Romain Alessandrini to Marseille is nearly done. The figure they are quoting is €8m plus add ons.

La Provence among other French newspapers today backing up our claims that Marseille have made a second bid for Alessandrini. No reply to this offer has yet be made aware of.

Get French Football News understands that Marseille have today made an improved offer for Alessandrini, closer to €10m in comparison to the bid they submitted last week which was €8m. Rennes are still going to make the player’s move extremely difficult it is probably most likely at this stage that Alessandrini will have to stay with Rennes next season.

The player has continually stated that ‘Marseille is my club‘ hardly the most professional way to conduct a possible transfer move. Whether or not new boss Montanier will want to keep a demotivated player in the squad for next season remains to be seen.