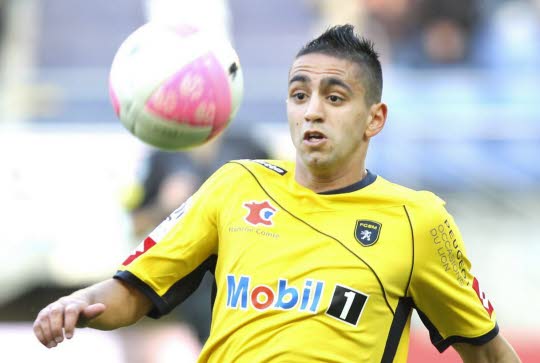 A few months ago, Ryad Boudebouz was said to be wanting to leave Sochaux and with supposed interest from Premier League clubs such as Southampton, Aston Villa, Newcastle and Liverpool, keep track of the latest updates on the player here:

After Aston Villa failed to take their interest in the player any further, it now appears that Boudebouz will be leaving Sochaux, but this time staying in Ligue 1. The midfielder is close to Bastia we understand. The player was left out of Sochaux’s Squad this weekend re-igniting rumours that he could be leaving the club and BeinSport broke the story that Bastia were close to snapping him up. Reports from Mercato 365 claim that Boudebouz is not interested in a move to Bastia and only time will tell as we understand that the Corsicans have been given permission to talk to the player. The deal is by no means done and still a lot can go wrong, but Bastia have made a step in the right direction in terms of being able to sign Boudebouz.

According to the Daily Mail, Aston Villa could soon make an offer in the region of £3 million for the player, which is definitely close to Sochaux’s estimation of him. This is unconfirmed by us.

Boudebouz once again spoke out about his future, again suggesting that he would be open to a move:

‘If the President rings me up to tell me there is an offer for me I would be very happy.’

We have confirmation that Aston Villa had scouts at last night’s Sochaux game vs Evian in order to watch Ryad Boudebouz. Whether they are likely to pursue their interest any further is at this stage unknown.

France football are now reporting that Inter Milan are ready to make an offer for the player. This is as yet unconfirmed by us.

Boudebouz has publicly come out to talk about links with Southampton. He had this to say:

“I have a contract until 2014 here so let’s see what the club will say, I am open to talk. My dream has always been to play in England or Spain.”

“Southampton has a good history in the Premier League but I have a contract with Sochaux who is like Southampton in France.”