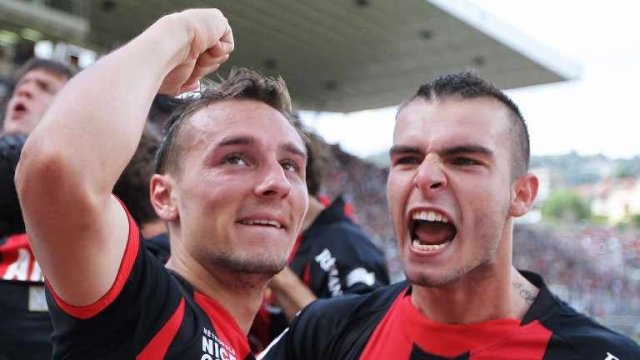 The problem was the negative connotations that this flag had attached to it. The flag depicted the colours and skull of the Brigade Sud Nice (BSN) of which Alexy Bosetti seems to be disturbingly involved with.

In 2010, the FFF condemned the group of OGC Nice ultras who often cause trouble through violent attacks on people and/or vandalism. They are also known for their openly racist views. There is a distinct possibility that Alexy Bosetti may well be fined for his actions which ‘spoiled’ the celebrations of a fantastic achievement for France.

The offending flag below: 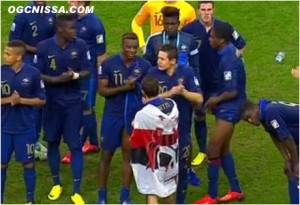