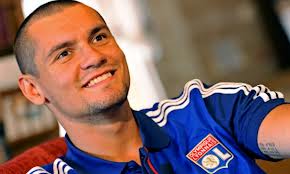 We take a look at some of this week’s transfer stories relating to French Football.

It was scouts galore at Rennes on Friday as the home side took on Saint Etienne, with representatives from Newcastle, Chelsea, West Brom, Sunderland, Arsenal, Cardiff City, Wolfsburg and Dortmund all present.

The two main men targeted there were Rennes’ winger Jonathan Pitroipa and Saint-Etienne’s recent goal machine Pierre Emerick Aubameyang. We received information confirming that the latter was being watched by Chelsea and Newcastle in particular.

As for Pitroipa, we are certain that Sunderland’s representatives were there specifically to watch him as were Wolfsburg’s, according to ‘football.ch’.

PSG’s President Nasser al-Khelaifi says that Carlo Ancelotti and Leonardo certainly have futures with Les Parisiens beyond the end of this season if they so wish.

Montpellier President Louis Nicollin is keeping us all guessing as to who exactly will fill the void left by Rene Girard when he leave MHSC in June. Nicollin expressed an interest in bringing in Diego Maradona last week, and is supposed to be having talks in person with the Argentinian tomorrow, although he ‘is not sure’ whether Maradona will turn up or not. Other managers in the ring include Laurent Blanc, Jean Fernandez, Frederic Antonetti and Raymond Domenech. Nicollin has since confirmed he is not holding talks with Maradona and speculation continues as to whether he has already found his replacement. The Maradona saga seems to have been a mere PR stunt.

Sochaux right-back Sebastien Corchia has this week admitted he is contact with clubs about a move. He has notably been linked with Lyon, PSG and Bayern Munich in this past week.

Dortmund had scouts present to survey PSG’s Kevin Gameiro who has expressed his desire to review his future at the end of the season.

Rennes‘ Director Pierre Dreossi wants to keep manager Frederic Antonetti and wants the man to sign a new contract as soon as possible. His current deal ends in June.

According to the ‘Sunday People’ Liverpool are preparing to offer €15m in the summer for Valencia’s Sofiane Feghouli.

Blaise Matuidi has been described as ‘untransferable’ by PSG’s President Nasser Al-Khelaifi.

Left-back Cristian Molinaro is reportedly on Monaco’s summer wish list. The Stuttgart man had declined to comment on his future earlier this month. More ridiculous rumours continue to fly around ASM, including that they are in serious negotiations to sign both Carlos Tevez of Manchester City and Joao Moutinho of Porto. Hogwash.

‘Goal.com’ claim that Bacary Sagna’s representatives have met with PSG’s after failing to commit to Arsenal in discussions with Arsene Wenger earlier this year.

Zlatan Ibrahimovic’s agent Mino Raiola has confirmed that his client is not going anywhere in the summer. However, this same agent is reportedly about to become another PSG man’s representative, Blaise Matuidi.

Lyon centre-back Dejan Lovren’s agent has confirmed that there are ‘3 giant Russian clubs’ on his client’s tail. We understand they are CSKA Moscow, Rubin Kazan and Lokomotiv Moscow. Lyon will want around €20m for the Croat who has recently been interesting Liverpool too.