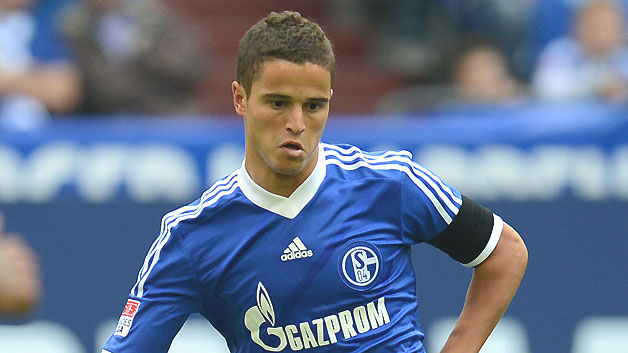 We take a look at some of this week’s transfer stories relating to French Football.

The major news this week came early Sunday morning when Louis Nicollin, the President of Montpellier announced that manager Rene Girard will not be signing a new contract at the end of the season. We received information to believe that Rennes‘ manager Frederic Antonetti will take over at MHSC next season, although we cannot confirm this. Nicollin said the following: ‘Overall I am happy with the work he has done and I thought at one point that we would give him a one year contract extension, but no-one tells me what to do. It’s me that pays the money and it’s me that decides. So we will end it there.’

Valentin Eysseric has admitted he is whole-heartedly sorry for his tackle which caused Saint-Etienne‘s Jeremy Clement to break his tibia and fibula. It is believed that Clement will be out for around 7 months. Eysseric is set to visit the ASSE player in hospital and has asked for his phone number. Rumours criculating in the French press this morning suggest that the LFP may ban Eysseric until the end of the season.

PSG midfielder Clement Chantome will consider his future at the end of the season.

Marco Verratti‘s future is still not resolved. The PSG midfielder is reportedly close to agreeing a contract extension just after less than a year of having been at the club. Juventus and AC Milan have both openly admitted their interest in the Italian dubbed as the new Pirlo. This week he told the press he was ‘incredibly happy’ in Paris.

Lyon manager Remi Garde is set to sit down with right-back Anthony Reveillere and his agents next week as they look to come to an agreement regarding the Frenchman’s future. The QPR target’s contract expires in June.

Samir Nasri is reportedly unhappy at Manchester City and may seek to leave in summer. Numerous clubs have been linked with him this week, including Inter Milan and PSG. It is believed that the Frenchman was hurt by Mancini’s recent comments saying that Nasri has only given 50% this season.

The agent of Toulouse defender Aymen Abdennour claims that his client was invited to attend AC Milan vs Barcelona last week by the Spanish giants, who need to reinforce their ageing defence.

Russian giants Anzhi attempted to sign both Adil Rami and Younes Kaboul at the beginning of the week in an attempt to fill the void that Christopher Samba’s departure to QPR left in the final days of the transfer window. Read more here.

Montpellier left-back Henri Bedimo has appreciated Marseille’s interest and called them ‘a top club’, but also indicated his love for the group at MHSC.

Monaco’s prolific Striker Ibrahima Touré has announced his intention to extend his contract until 2017 and has told RMC that he rejected approaches from clubs in England.

Lille’s centre-back Aurelien Chedjou has announced his intention to leave LOSC at the end of the season. The player was recently asked if he would move to Marseille and he responded by saying: ‘I am not ruling anything out.’ The majority of the reported interest in him is from Eastern Europe and Russia however.

Julian Jeanvier, the Nancy centre-back, has in theory agreed to sign for Lille when his contract expires in June. The deal is far from complete however, under FIFA rules, Lille and Nancy will have to agree a compensation fee due to the centre-back’s tender age.

Ibrahim Afellay has announced he has no interest in signing for Lyon when his loan spell at Schalke is over. Barcelona do however want to offload the player in the summer.

Newcastle are keeping a close eye on Guingamp’s starlet Gianelli Imbula and are reportedly preparing an offer for the youngster for summer. Read more here.

Seattle Sounders of the MLS have wrapped up the signing of former Marseille and Liverpool defender Djimi Traore who was a free agent.

Blaise Matuidi the PSG defensive midfielder has not ruled out moving elsewhere and not signing an extension to his contract which currently runs until 2014.

Nicolas N’Koulou has confirmed that there has been no contact of any sort between him and PSG, despite stating he would not rule out a move to Paris.