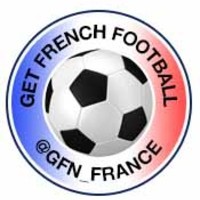 Get French Football News is delighted to announce that a new publication called ‘THE GFFN 100’ will be available for download soon, but what is it?

The Get French Football News 100 comprises of our selection of the top one hundred talents that French football has to offer, judged solely on their performances in 2013.

To be eligible for the GFFN 100, the player must have been a registered squad member of a Ligue 1 or a Ligue 2 club on the 31st December 2013.

For example, Pierre-Emerick Aubameyang is ineligible despite playing half of the calendar year at St Étienne because at the time of publication he was plying his trade at Borussia Dortmund.

However, João Moutinho is eligible for the GFFN 100 despite having joined Monaco in the summer of 2013 because on the aforementioned date he was a registered squad member of theirs.

Players that are eligible are however judged on all their professional appearances in 2013, regardless of whether or not they were playing abroad for a part of the calendar year.

We will provide you with in depth analysis on each of the one hundred players to make this list, making this our largest and most ambitious project yet. It will be free to download and should be a great tool for fans, football journalists and scouts alike to have a complete awareness of the immense talent that French football has to offer.