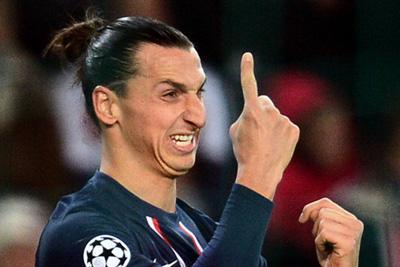 PSG superstar Zlatan Ibrahimovic made a series of insulting comments to Swedish newspaper Expressen discussing his views on the difference between the standard of male and female world football.

The comments were made following the Swedish FA’s decision to gift Anders Svensson a car after she broke the record for number of international team selections, 144 caps.

Zlatan had the following to say:

‘When I am abroad, people compare me with Messi and Ronaldo. When I come home [Sweden], you compare me to female footballers…’

‘Last summer, you asked me: “Who is better: Lotta Schelin or you?” Are you joking?’

‘With all due respect to the women, you cannot compare male football with female football. The attention women’s football gets in this country is unparalleled throughout the world. That is astonishing in itself.’

‘Of course, they do their job well and they will continue to do so but it is not comparable.’

It appears as if Zlatan, despite being on holiday, is still managing to cause a stir.