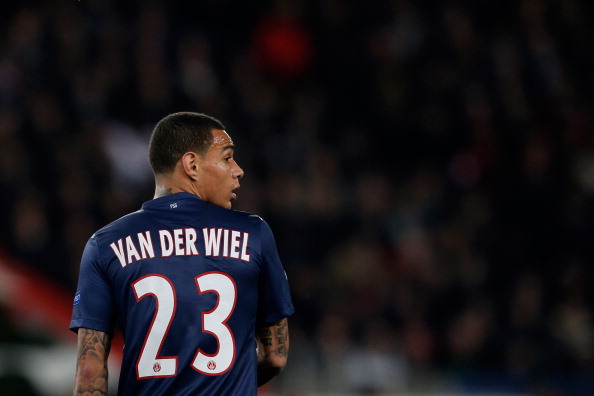 PSG are running riot. They have won their last 6 games in all competitions and are unbeaten in their last 29 games. The last side to beat them outright was Reims in Ligue 1 back at the beginning of March, although they did lose on penalties to Evian in the Coupe de France midway through April.

Zlatan Ibrahimovic has found a hunger and a desire to wear the PSG shirt again after the summer uncertainty regarding his future that seems to have finally dissipated. He has often been wearing the Captain’s armband in the last 6 weeks because of the absence of Thiago Silva and I’d argue this extra responsibility has a positive impact on Ibrahimovic’s overall performances. It is as if he feels compelled to lead by example; scoring outrageous goals and carving out goal scoring opportunities for his team mates.

At the age of 32, Zlatan is arguably in the form of his life. In the season’s to come, PSG will have to manage when he plays and where he plays more carefully in order to continually draw the best performances from the Swede as and when his seniority takes its toll.

For now, Laurent Blanc seems to have nothing to worry about. Zlatan is showing no signs of being less sharp or focused, nor does he seem any less mobile than in season’s gone by.

However, there is more to PSG than Zlatan Ibrahimovic: Laurent Blanc deserves his fair share of plaudits too. It appears as if the players have responded rapidly and extremely  well to the former Bordeaux manager’s managerial style.

Blanc is undoubtedly less of a disciplinarian than Carlo Ancelotti. This has sometimes been at the Frenchman’s detriment, namely at Euro 2012. However, the PSG players play as if they are enjoying their football much more than last season. Whichever attacking trio Blanc picks, they are much freer to express their attacking flare on the football pitch and there is far greater positional drifting occurring during this campaign than Ancelotti would have tolerated.

Laurent Blanc’s ability and courageousness were sampled last weekend when he picked a more youthful and French starting XI to face SC Bastia in what appeared to be a drastic piece of squad rotation. Les Parisiens outclassed the Corsicans in a 4-0 rout and importantly, it gave certain individuals a rest so that they could focus all of their energies into dismantling Anderlecht at midweek. That is exactly what PSG did.

After a slightly rocky start, the 19 year old centre back Marquinhos has made a confident start to Ligue 1 life. Far calmer than the majority of his contemporaries fighting for a place in the starting XI, the Brazilian has shown his solidity and maturity beyond his years.

The PSG player that has made the most marked improvement in recent months is getting very little limelight. Gregory van der Wiel struggled in his fight for a place in the Parisian starting XI last season but has now well and truly displaced his rival Christophe Jallet.

van der Wiel is more dangerous and decisive going forward than he has ever been, his assist last night against Anderlecht for Ibrahimovic’s 1st goal evidences this. There is a quietly confident aura about the player this season who is less lethargic when defending his flank than ever before. When the right-back signed from Ajax, there was no question of his ability, but perhaps he was intimidated by the sheer magnitude if the task ahead of him in Paris. The Dutchman was not used to sharing a dressing room with some of the biggest household names in world football but now he is.

It is amazing what a little bit of confidence can do to a footballer. Laurent Blanc has placed his trust in van der Wiel and the former Ajax man is already repaying him.