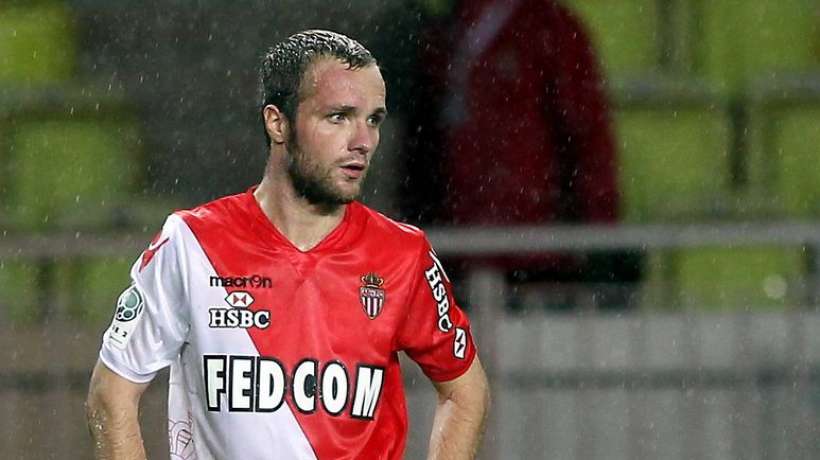 Just four weeks of Ligue 1 action remain. Robert Bhamber is back with his comprehensive guide to your French football first division weekend:

The action in Week 35 begins on Friday evening at the Stade de la Beaujoire as Nantes host Marseille. The home side are pretty much safe from relegation now thanks to last week’s remarkable 6-2 victory at Valenciennes and a win over Marseille this week will mathematically ensure that Nantes will be playing in Ligue 1 next season.

The visitors are in a three-way fight with Lyon and St Etienne for the league’s Europa League qualification spot. Marseille head into this match five points behind fourth placed St Etienne and three behind Lyon in fifth. Despite the talk of Marcelo Bielsa taking over next season, Jose Anigo will be hoping his players can focus on on-field matters and pick up all three points in this match.

– Nantes have not beaten any side from the top half of the table at home this season.

– They have lost just one of their last seven league games; 3-1 away at Monaco.

– Marseille have not dropped below sixth in the table all season.

– However, they have not won away in the league to any side currently in the top 11 places in the table.

– In the reverse fixture in Week 17, Nantes managed a 1-0 victory over Marseille at the Stade Velodrome.

Relegated Ajaccio take on second-placed Monaco at the Stade Francois Coty on Saturday afternoon. The home side’s relegation was finally confirmed last week thanks to their 2-1 loss away to Bastia and they will now be looking to make the most of their final four games in Ligue 1.

With PSG being able to sew up the league this weekend, Monaco’s season also looks to be pretty much over. They will definitely finish the season in a Champions League spot and will now be looking to gain a couple more points over the last few games in order to confirm a second-place finish and avoid having to face a potentially tricky Champions League qualifier in August.

– Ajaccio have won just three league games all season; at home to Lyon and Rennes and away at Valenciennes.

– They are yet to win a home league game this season in which they have conceded first.

– Monaco have won each of their last three league matches.

– They have not dropped below fourth in the table all season.

Rennes host Lorient in a mid-table clash at the Stade de la Route de Lorient. The home side are one place and three points behind the visitors in the table so may be able to overtake them with a win, providing they overturn the goal difference of four goals in the process.

Lorient are pretty much safe from relegation, as they sit nine points above the bottom three, but Rennes boss Philippe Montanier will want a couple more points on the board before he can fully relax and start planning for another season in Ligue 1.

– Rennes have lost just one of their last five league games; 1-0 at home to Monaco. They have risen from 16th to 13th in the table in the process.

– They have lost all five of their home league games this season in which they have conceded first.

– Lorient have won only one game in their last six league matches.

– Their away record in the league this season is quite poor; they have won four, drawn two and lost 11.

– In the reverse fixture in Week 17, Lorient won 2-0 at the Stade du Moustoir.

Montpellier will be looking end any relegation fears for good as they take on Toulouse at the Stade de la Mosson. The hosts are six points above the bottom three heading into the weekend and are unlikely to be sucked into the relegation battle but manager Rolland Courbis will want a few more points from the final four games just to make sure.

Toulouse, meanwhile, are ninth and although a European qualification position is now out of their reach, Alain Casanova will want his team to end their recent winless run and secure a place in the top half of the table.

– Montpellier have won just one of their last eight league games.

– Montpellier have yet to lose a home league match this season in which they have scored first.

– Toulouse are on a five game winless streak in the league, drawing three and losing two of those games.

– However, they have lost just one of their last nine league away games; 2-0 at Sochaux.

– In the reverse fixture in Week 17, these two teams played out a 1-1 draw at the Stadium Municipal.

Nice welcome Reims to the Allianz Riviera on Saturday evening, with the home side looking to move further away from the relegation zone. The hosts are in a similar position to Montpellier, in that they are unlikely to be relegated but cannot afford to relax just yet. They are six points above the bottom three as it stands and Claude Puel will be hoping his team can pick up a few more points in the final four games.

Reims are sitting confortably in eighth position but will be wanting to end their recent bad run of form to ensure that they don’t slip into the bottom half of the table in the last few weeks of the campaign. Reims have been in the top half for the majority of the season and manager Hubert Fournier will want his team to make sure they end it there as well.

– Nice have won just two out of their last 11 league games.

– They have yet to lose a home league match this season in which they have scored first.

– Reims are on a seven game winless streak in the league, drawing three and losing four.

– They have lost all of their last four away games in Ligue 1.

– In the reverse fixture in Week 17, Reims beat Nice 1-0 at the Stade Auguste Delaune.

Evian host St Etienne at the Parc des Sports as they look to continue their decent run of form and push themselves further clear of the relegation zone. The home side are now five points above the bottom three, having leapfrogged Guingamp into 16th recently and only narrowly losing 1-0 away at PSG last week.

However, they face another tough opponent in the form of St Etienne this week. The visitors are in a three-way fight with Lyon and Marseille for the league’s Europa League qualification spot and will be looking to take all three points in a match against a team who have struggled throughout the season. Heading into this weekend, St Etienne are two points ahead of Lyon and five clear of Marseille.

– Despite their position in the table, Evian have lost just two of their last eight league games.

– They have also won their past two home league matches; 1-0 against Monaco and 2-1 against Bastia.

– They have won all six league away games this season in which they have scored first.

– In the reverse fixture in Week 17, St Etienne won 1-0 at the Stade Geoffroy-Guichard.

Guingamp take on Valenciennes at the Stade du Roudourou in a crucial game at the bottom of the table. The hosts sit just two points above the relegation zone and know that a loss at home to Valenciennes this weekend may see them drop into the bottom three for just the second time this season. A win, however, moves them further clear of the drop zone and would pretty much relegate Valenciennes.

The visitors know that this is a must-win match if they are to have any hope of saving themselves in the last few weeks of the season. Neither side are in decent form at the moment, so it is all to play for this weekend in a vital match that will have severe implications for the bottom of the Ligue 1 table.

– Guingamp have lost all of their last five league games, dropping from 13th to 17th in Ligue 1 in the process.

– They have spent just one week in the relegation zone all season, after they lost to St Etienne in Week 2.

– Valenciennes haven’t won any of their last five league matches, drawing one and losing four.

– They have yet to win an away league game this season in which they have conceded first.

– In the reverse fixture in Week 17, these two teams drew 1-1 at the Stade du Hainaut.

Sunday’s action begins at the Stade Auguste Bonal as PSG look to wrap up the league with a victory over Sochaux. The home side desperately need the points themselves as they look to escape relegation; they are two points away from Guingamp in 17th position. Herve Renard will be hoping his side can continue their good run of form and surprise the league leaders here this weekend.

PSG, though, will be going all out for the victory as they look to win Ligue 1 for the second successive season. They may already be champions by the time this match kicks off if Monaco were to lose to Ajaccio, but claiming all three points at Sochaux will win them the league regardless of other results.

– Sochaux are unbeaten in their last six league home games, winning five and drawing one.

– They have conceded just one goal in those six games.

– PSG have by far the best attack in the league. They have scored 75 goals so far this season, 20 more than second-best Monaco.

– They also have the best defence, conceding just 19 goals in the league all season.

– In the reverse fixture in Week 17, PSG thrashed Sochaux 5-0 at the Parc des Princes.

Lyon look to keep pace with St Etienne as they take on Bastia at the Stade de Gerland on Sunday afternoon. The hosts are in a three-way battle with St Etienne and  Marseille for the league’s Europa League qualification spot and are just two points away from fourth heading into the weekend. Remi Garde will be hoping his team can continue their good form and take advantage of any possible slip ups from St Etienne in the final four weeks of the season.

Opponents Bastia are sitting comfortably in mid-table, with no chance of qualifying for Europe and no relegation fears either. Manager Frederic Hantz will now be looking for his team to build on last week’s 2-1 win over Ajaccio and secure their position in the top half of the table.

– They are yet to lose a home league game this season in which they have scored first.

– Bastia have won just two of their last 10 league games.

– They are yet to win an away league game this season in which they have conceded first.

– In the reverse fixture in Week 17, Lyon won 3-1 at the Stade Armand Cesari.

The last game of the weekend sees Lille host Bordeaux at the Stade Pierre-Mauroy. The hosts are seven points clear of St Etienne in the league’s final Champions League qualification spot and manager Rene Girard will be hoping his team can at last mathematically secure that position in the next couple of weeks, starting with a victory over Bordeaux this weekend.

Visitors Bordeaux sit seventh in the table, but don’t have any real hope of qualifying for Europe as they are nine points behind fourth placed St Etienne with just four games left. Francis Gillot, therefore, will just be hoping his team can end the season as strongly as possible and secure a top-half finish.

– Lille are unbeaten in their last 11 league games, winning six and drawing five.

– They have lost just two league home games this season; 2-0 to Nice and 2-1 against Reims.

– They haven’t won any of their last eight league away games, drawing four and losing four.

– In the reverse fixture in Week 17, Bordeaux beat Lille 1-0 at the Stade Chaban-Delmas.