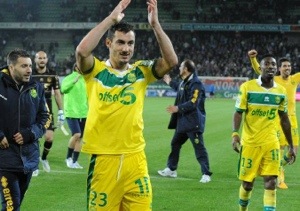 The player, who notably had a trial with Arsenal last summer, will have a medical tomorrow before signing a 3.5 year deal with the club.

Angers have already lined up his replacement. They have agreed to sign FC Nantes’ central midfielder Yohann Eudeline on a 1.5 year deal. The player had agreed to mutually terminate his contract with Les Canaris hence why the Ligue 2 side has been able to acquire the player’s services for free.

Chelsea and Saint Etienne remain in talks over Kurt Zouma