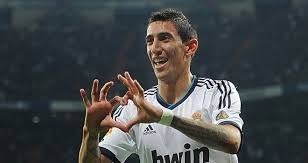 According to our colleagues at RMC, Real Madrid winger Angel di Maria prefers a move to PSG over Manchester United and the capital club believes that because of the good relations between presidents Florentino Perez and Nasser Al Khelaifi, the clubs will be able to reach a loan agreement with an obligatory buy-out option as Les Parisiens look to sidestep the significant FFP hurdle placed in front of them.

The player has told PSG President Al Khelaifi that he wants to join the club and PSG are prepared to offer him an eventual salary of €8m a year.