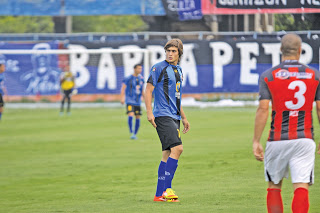 Zulia FC have loaned the Ligue 2 side Manuel Arteaga, a 19 year old striker who had a disappointing loan spell back in 2012-2013 with Serie A side Parma, on season-long deal without an option to buy.

The second Venezuelan that ACA have agreed a deal for is 21 year old box-to-box midfielder Robert Hernandez, who joins the club for free from Deportivo Anzoategui after his deal with the aforementioned club had expired. The length of the contract he has signed with Avignon is however not disclosed at the time of writing.

23-year-old Arles Flores also joins the club on a season-long loan deal, but from Zamora FC. An option has been included in that particular agreement for Avignon to purchase the versatile midfielder at any point during his loan stay with the French side.

Tottenham in talks with Châteauroux youngster