AS Cannes have about a week to save themselves from extinction 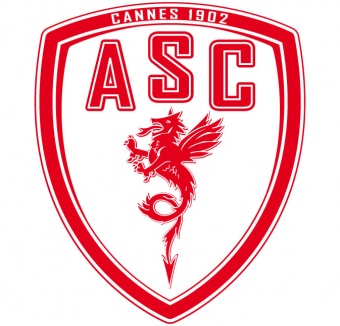 AS Cannes were informed on the 7th July 2014 that they had been banned from national football by the DNCG, French football’s financial watchdog.

Now, the club has about a week to find around €1m, according to local paper Nice Matin. The mayor of Cannes David Lisnard has appealed to the great players that used to play for the club that include Patrick Vieira, Zinedine Zidane and Gael Clichy to name but a few, to keep an historic football club alive.

He asks them to: “face the challenge, and share a human and sporting adventure” and ultimately provide the necessary funding.

As it currently stands, AS Cannes have €2.2m in outstanding debts. An unknown backer has announced that they are willing to pay €1.2m of that amount to save the club, but they are understandably unwilling to go ahead until they’re sure the rest can be paid off. That leaves about €1m that the Riviera club needs to find. And time is running out.

So, the mayor has had an idea: “All we need is ten former players to pay €100k or more and save the club from relegation.”

Only a few days remain until the DNCG considers AS Cannes’ case, who will likely meet with representatives of the club next week before they take their decision. As the Nice Matin puts it rather poignantly, the countdown has begun.

AS Cannes President Ziad Fakhri released an official statement today on the matter:

“We are fighting on two fronts. The first is to find a buyer to save the club and ensure its continuity. We obviously don’t want to make any profit from this sale, we just ask that the potential buyers who come in make a commitment in terms of time and push substantial financial investment into the club project. This is something I can no longer ensure since the death of Saïd Fakhri in February, despite my want to…”

“In this context, we have had talks with over a dozen people in the last months, which is likely to fill a of the losses this year and invest for next season. That is why we full support the call for Mr Mayor to find the remaining funds. Anyone can help us in the is fight, and thank you to the fans for their activity on social networks.”

“My final point concerns the decision made by the DNCG to relegate us. We were officially notified of their decision on Monday July 7. We will obviously appeal this decision before the week is up, so that we can put our case to the commission one last time, even if we know that without a buyer by then, we may not win. I also wanted to create an e-mail account to answer any questions regarding the club and its continuity: [email protected] With the aim of winning a positive decision, we will do anything with anybody who wants to help the club. The next statement I will make will be next week after the DNCG’s decision regarding our appeal.”

Time is running out. Make the difference and spread the word or support this historic club if you can. Join the movement on Twitter: @SaveASCannes