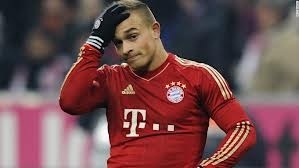 According to our colleagues at L’Equipe, AS Monaco have made tentative enquiries to both Bayern Munich and Xherdan Shaqiri’s entourage over a possible transfer or loan of the player this summer.

The Swiss international’s agent recently admitted that they were “open to propositions”.

AS Monaco will have around €90m from the James Rodriguez transfer eventually but only receive a smaller portion of that straight away.

Louis Nicollin to retire at the end of the season