AS Monaco have held talks with Blackpool’s Tom Ince 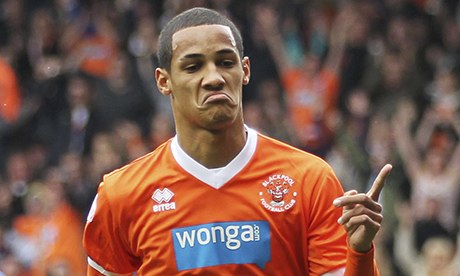 Get French Football News can confirm that AS Monaco representatives have met with Tom and Paul Ince about signing the player in the summer transfer window when the Blackpool winger’s contract expires with the Championship side.

Officials from Monaco travelled to London to hold a meeting with the 21 year old and his father who is incidentally the manager of Blackpool, the club where his son currently plies his trade.

Blackpool would be due about €700k compensation should a deal be agreed. Monaco officials are understood to have been considering signing the player but have not agreed any deal thus far.

Preliminary contract negotiations have begun between Monaco and the player’s representatives but we stress that the club has not yet fully committed itself to a deal.

Tom Ince must also decide whether or not a move to AS Monaco would have a positive impact on his career. If he was to join in the summer, he would be faced with the daunting prospect of challenging the likes of James Rodriguez, Yannick Ferreira Carrasco and Lucas Ocampos for a starting XI place down either wing.