Benzema and Ribery on trial in ‘Zahia affair’ 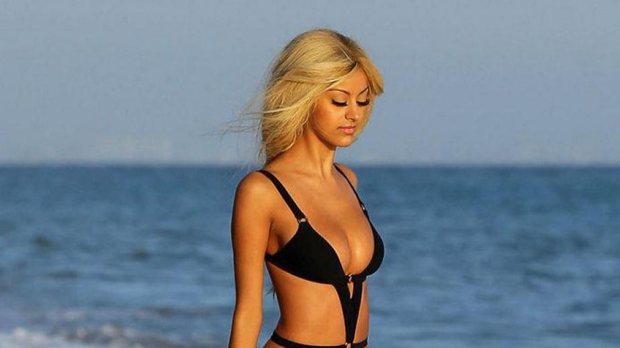 The trial of French superstars Franck Ribery and Karim Benzema is underway in Paris with the players facing allegations of sleeping with an underage prostitute. If found guilty, the duo could face up to three years in prison.

First uncovered in April 2010, the shocking sex allegations towards France internationals Ribery and Benzema sparked outrage just weeks before the World Cup began on 11 June. With self-described escort Zahia Dehar, now 21, contending that Ribery flew her to Munich as a 26th birthday ‘present’ to himself in 2009 when she was 17, the story was front-page news in France. Real Madrid striker Benzema, meanwhile, is charged with having sex with her in a Paris hotel in May 2008 when she was 16.

Despite addressing events now dating back over four years, it is only this week that the criminal court trial has got back underway. Having initially been set for last June, the trial was adjourned for procedural reasons.

Now, with proceedings up and running once again, this drawn-out affair may finally reach its conclusion. And while the scandal has potentially huge consequences, many are unsure how it has even got this far.

While prostitution is legal in France, all parties involved must be at least 18 and the maximum sentence for sleeping with an underage prostitute is three years in prison and a fine of around £40,000. If no money is exchanged, however, the age of consent stands at 15 and this is where Ribery has built his case.

Breaking her silence in April 2010, Dehar revealed that she lied to the players, telling them that she was an adult. Speaking to police, she said: “I slept with the men, but I wasn’t truthful about my age. I loved them all. They treated me with utter respect and should be left alone. They spoiled me, and looked after me. They were my men.”

And although Ribery admitted to having sexual relations with the then 17-year-old, he claims that he did not pay her for sex – only giving her 200 Euros for a taxi ride to the airport – and that he did not know that she was either a prostitute or a minor at the time. For his part, Benzema has denied all allegations.

According to the BBC, neither of the players nor Miss Dehar were present when the trial opened in Paris, allowing their lawyers to represent them instead. Ribery’s lawyer, Carlo Alberto Brusa, was seen to be in bullish mood heading into proceedings, stating: “We are going in confident and we are going to fight.”

While the trial is expected to run until 26 June, the defence lawyers are arguing that the players should not even have to stand trial because they had no idea they were breaking the law due to Dehar lying about her age.

Indeed, back in November 2009 even the state prosecutor had asked for the case to be dropped as he believed that there was no crime to answer for. The investigating judge responded by saying that Ms Dehar looked so young that the players must have known she was not of age, but the fact that France’s highest court ruled that only those who know a prostitute is under 18 can be found guilty of a crime would appear to validate Mr Brusa’s confidence.

On the pitch, while the ‘Zahia affair’ – as it became known – certainly had an impact upon France’s poor showing at the 2010 World Cup, it does not seem to have had any adverse effect on the two players in recent years. Ribery has been enjoying the best form of his career at Bayern Munich while Benzema has continued to perform well at Real Madrid, recently scoring his 100th goal for the club.

Some would suggest, however, that the scandal did have a role in Ribery finishing third in the race for FIFA’s prestigious Ballon d’Or last week, with the ongoing affair having severely harmed his chances.

That aside, though, the scandal has certainly not done any damage to Miss Dehar. Indeed, the Algeria-born escort has gone on to become one of France’s big stars. Forging a career as a fashion designer, a reality TV star and a successful business woman, the former ‘call girl’ seems to have profited no end.

Furthermore, while Dehar said at the time that she cooperated with police because they threatened to revoke her French citizenship, detectives said that her full cooperation had ensured that she did not face criminal charges herself.

Unsurprisingly Miss Dehar will not be seeking damages, having withdrawn as a civil plaintiff in the case, and, speaking on Monday, her lawyer Daniel Vaconsin told reporters that “she is not asking for anything.” Ultimately, however, it seems that Miss Dehar has already got more than she could have dreamed of.

Whatever the end result, the trial seems destined to keep on running for some time yet, and scandals of this nature remain an all too common occurrence within the beautiful game. For the French FA, meanwhile, they will just be hoping that any developments do not prove detrimental to their side’s chances at this summer’s World Cup.