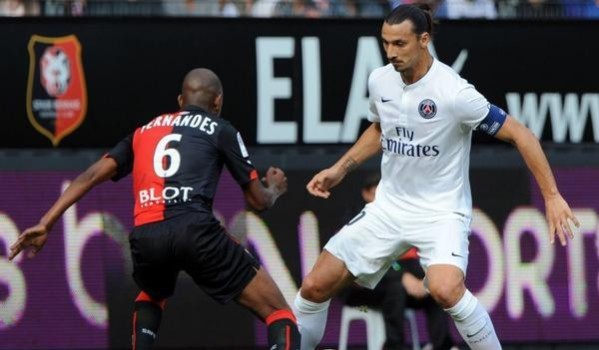 Josh Mart takes the chance to preview the opening match of Group F for Ajax and PSG in Amsterdam on Wednesday evening. PSG will likely have mixed emotions with regards to the teams in their group, as they will feel as though 6 points should be all but guaranteed against APOEL, but the inclusion of Ajax and Barcelona in particular, will have ‘Les Parisiens’ at least apprehensive. With matches against Barcelona proving very ‘close but no cigar’ in recent Champions League history for PSG, the two games against Ajax could well decide their early fate in the Champions League this season.

Ajax’s league form so far this season has been too inconsistent for Coach Frank de Boer’s liking, as his side, who have won the league 4 times in a row, currently sit 5th in the Eredivisie. This is despite a 2-1 victory over Heracles at the weekend, which was much needed after defeats to Groningen and PSV before the international break. The ever-present cliché associated with Ajax continues to plague progress on a continental level: they can play great football with a ‘Typically Dutch’ 4-3-3 formation and have a fantastic academy but are seemingly incapable of holding on to their finest products for long enough to properly challenge. The history and titles that this club has previously boasted demands success in itself. The fans and players will certainly be  motivated as they come against a former Ajax player Zlatan Ibrahimovic who resides in a team full of established, world stars.

PSG have started the Ligue 1 season in a remarkably similar way, sitting 5th in the league with 9 points from 5 games, showing similar inconsistencies to their Dutch counterparts. PSG could only manage a draw away at Stade Rennais at the weekend and have recently drawn against lowly Evian too. Blanc has had to manage an early Ibrahimovic injury but he returns, the Swede who was so devastating in the 5-0 demolition of St Etienne, but captain Thiago Silva will miss the Ajax match. Gregory van der Wiel and Zlatan Ibrahimovic return to their former club today in what will certainly be a memorable occasion, perhaps more so for the former player who spoke at length about his return in the pre-match press conference.

De Boer will be without Viktor Fischer for this match, as the highly rated youngster is still out with a knee problem that he suffered in February. He can however call on the services of Denswil and Zivkovic who were both suspended for the weekends league match against Heracles.

I expect Ajax to lineup typically in a 4-3-3 formation with either the youthful Milik (who notched 2 at the weekend) or the more experienced Sigthorsson to spearhead the attack. The striker is likely be supported by the hugely impressive duo of Schone and El Ghazi, who have both been the standout players in what has otherwise been a slow start to the season for Ajax. Viergever is expected to anchor the midfield supported by the pace and running of Serero and the craft of Klaassen. The centre backs are likely to be Moisander and Veltman, both of whom will have to be on top form in this match up against PSG’s talisman Ibrahimovic. Viergever sitting deep in midfield should allow fullbacks Boilesen and van Rhijn to support the attacks when necessary.

PSG will be without captain and arguably their best defender in Thiago Silva for this game, but welcome back summer signings David Luiz and Serge Aurier after injury.

I also expect PSG to lineup in a variation of the 4-3-3 formation with Luiz expected to take the place of Camara who started at the heart of the defence at the weekend, alongside Marquinhos. Van der Wiel would love to keep his place ahead of Aurier as this is a match against the club where he had previously played since the age of 8. It will be very interesting to see who Blanc selects in midfield, as Pastore has been reborn to a certain extent this season, after many rumours suggested he would leave in the summer window. Motta provides defensive stability as well as good technical ability, and Marco Verratti who has signed a new contract with PSG this week, is very much in form. Zlatan is almost certain to start up front and will probably be supported by Cavani and Lavezzi as both arguably offer a bit more defensively than Lucas.

Schone (Ajax)- Lasse Schone really has developed into that star man, attacking midfield role since his compatriot Christian Eriksen departed for Tottenham over a year ago. He has added goals to his impressive range of passing and a brilliant desire and attitude. He can be used in numerous positions and has played in the front 3 as well as the midfield this season. Expect him to cause PSG some problems.

Ibrahimovic (PSG)- Ibrahimovic has had a few injury issues this season but they seem to have subsided for now, and aside from that, the Swede is in imperious form as ever. He became Sweden’s all-time top goal scorer in the recent international break which is yet another accolade to add to the great man’s collection. He will be well received in Amsterdam I’m sure, and will hopefully feed off the atmosphere to give PSG the victory they desire.

Normally with PSG travelling to a team like Ajax I would suggest that they would simply be too powerful for the Dutch champions, however something doesn’t appear to be quite right in the PSG camp. They have been dropping points in games you would not expect them to and this will be in the back of Laurent Blanc’s mind knowing the high demands of the owners in this competition. Ajax manager de Boer has cited the great Johan Cruyff in the build up to this match, stating: “They can only field 11 players” and this is the mentality he will be preaching to his players who will be really up for this match. Ultimately, if PSG click and perform how they can, they will have too much class and power for Ajax, but if they are off the pace at all, Ajax are more than capable of capitalising.

Tuesday’s Champions League Round Up