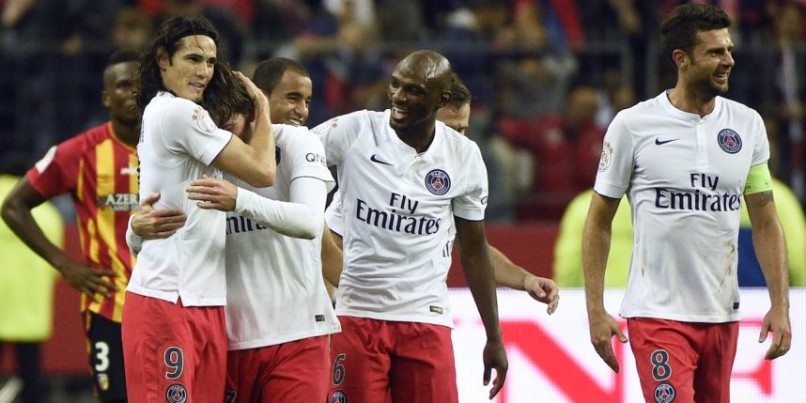 Josh Mart previews PSG’s trip to Cyprus to face APOEL Nicosia in the Champions’ League group stage. Laurent Blanc has been relieved of some pressure with the impressive victories over Lens and especially Barcelona in the previous Champions League tie whereas opponents APOEL picked up a point against Ajax in Nicosia.

APOEL currently sit atop of the Cypriot Premier Division, picking up a striking 16 points from 18 thus far. Their form was enhanced after a 2-1 win away at Othellos at the weekend, which moved them 6 points clear of second placed Apollon Limassol in the table. Group F was always going to be a huge challenge for the Cypriots when they were drawn alongside previous winners Ajax, Barcelona and European heavyweights in the making, PSG. APOEL’s previous best performance in the competition was back in the 2011/12 season where they miraculously managed to reach the quarter finals, eventually succumbing to Real Madrid. The home form of the ‘Thrylos’ will be crucial if they want to challenge for 3rd place in the group, which is realistically all they can aim for with the calibre of opposition in the group. PSG will have to be on their guard.

PSG’s form has picked up since the fantastic victory over Barcelona 3 weeks ago, as they have drawn with Monaco and beaten Lens in the last two Ligue 1 games.  This upsurge in form has moved ‘Les Parisiens’ up to 2nd in the Ligue 1 standings, but they still sit a significant 7 points behind eternal rivals Marseille who top the table. PSG now face a double-header against APOEL where they will be hoping to pick up maximum points, a feat which would seriously increase their chances of qualifying for the knockout stages. PSG fans and owners a like expect progression each season in Europe’s elite competition, and Laurent Blanc will be hoping to take PSG all the way this time out.

The hosts have no real injury concerns ahead of the visit of PSG so the Thrylos will be able to name a strong starting eleven.

With this in mind, I expect APOEL to start with a variation of a 4-4-2 formation with ex Liverpool star John Arne Riise expected to start at left back and Mario Sergio pushing to start at right back. The impressive Brazilian Carlao is due to start at centre back alongside either Joao Guilherme or Kaka. The midfield battle will be very important tonight and APOEL coach Donis will be hoping his central midfield duo of Vinicius and Nuno Morais perform at their best. Tiago Gomes or De Vincenti will start on the right side with Cypriot winger Aloneftis expected to start on the left. APOEL have good options up front with long time servant Gustavo Manduca and ex-Olympiakos man Djebbour battling to partner Irish target man Cillian Sheridan in attack. Despite not being a squad full of household names, APOEL certainly have a talented group of players who can trouble PSG.

Laurent Blanc still has many injuries to contend with and will be without Marquinhos, Lavezzi and talisman Zlatan Ibrahimovic for the trip to the Eastern Mediterranean Island of Cyprus. However, the return of David Luiz and Thiago Silva will boost his sides defence in this match.

I expect PSG to play in a 4-3-3 formation with the absence of Ibrahimovic in mind. Edinson Cavani will spearhead the attack and he is likely to be supported by Lucas Moura and Pastore from the right and left respectively. The return of David Luiz and Thiago Silva to fitness means that Thiago Motta will be free to return to central midfield, which could push Cabaye on to the bench as Matuidi and Verratti have been almost ever present (when fit) this campaign. It will be interesting to see if Blanc throws both David Luiz and Thiago Silva straight back into the starting 11 or if one will partner Camara at the heart of the defence. Maxwell and Aurier could start as full backs.

Djebbour (APOEL) – Whether he starts the game or not remains to be seen but Djebbour can also have a great impact of the bench. His rather politically incorrect nickname, ‘The Terrorist’ has been given to the Algerian international due to his ability to terrorise defences and his machine gun goal celebration. He has been prolific in his time in Greece scoring on average 1 in 2 for Greek giants AEK Athens and Olympiakos. PSG will be wary of his talents.

Cavani (PSG) – With the absence of Ibrahimovic really affecting PSG in recent months, more pressure has been put on Cavani to put things right. Recent games suggest that El Matador is getting back to top form especially with his good performance against Lens at the weekend. Laurent Blanc will hope that Cavani’s power and goalscoring abilities come to fruition in Nicosia this week.

PSG will be desperate to pick up maximum points here and build upon the impressive win over Barcelona and really stake a claim of winning the group which would be a huge achievement. However, APOEL will be encouraged by their displays so far and won’t be scared of facing PSG, particularly at the GSP Stadium in Nicosia. This promises to be an intriguing encounter in which I expect PSG’s superiority to prevail.