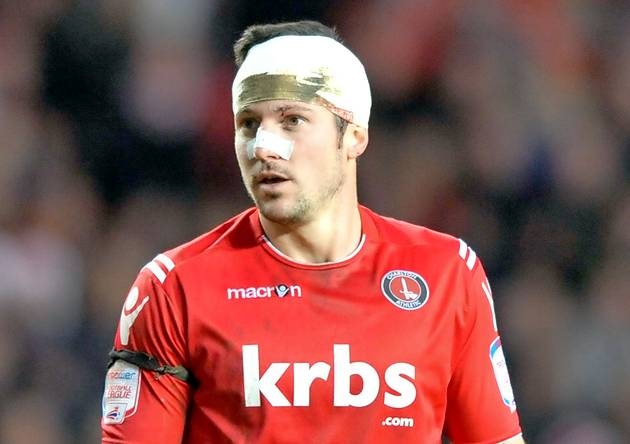 Earlier today, Get Football News France reported that Charlton boss Chris Powell was resigned to losing French striker Yann Kermorgant to fellow English side Bournemouth. Kermorgant, who has scored 5 goals in 21 league appearances for Charlton this season, would be a big loss for the club, especially as he would be moving to fellow Championship side Bournemouth.

Powell was quoted as saying: ‘Yann is arguably my best signing with regards to cost and what he’s brought to the club, But he’s in a situation where he has six months to go (on his contract) and the club have looked at the situation. There’s been a discussion in trying to get a deal agreed but now there has been an enquiry.

‘Whether that will go through after talks between Yann, his advisor’s, Bournemouth and discussions with our club we’re yet to see exactly what will happen.

‘I know Yann is very attached to the club and the area. He’s settled in really well in London. I 100% would like him to stay but realise the position that he and the club are in.’

Clearly, it is still not 100% clear whether Yann Kermorgant will leave Charlton for Bournemouth. However, it is clear that Powell no longer considers himself part of the negotiations. He has said that it is down to Kermorgant and Bournemouth to settle the situation, so the matter is now out of his hands.

If the deal happens, it is more likely than not going to go through on deadline day, so any Charlton or Bournemouth fans should make sure they follow our 25 hour live coverage starting from 2300GMT here on this website.

U17 star Severin signs for Juventus