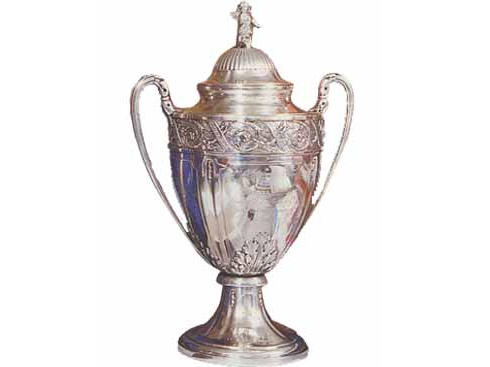 Gregory Torentelle take you through all of this week’s drama in France’s most unpredictable competition, the Coupe de France:

A mediterranean derby brought Wednesday’s Coupe de France action close, with an encounter between Russian-owned Monaco who’s latest signing Dimitar Berbatov made the difference beating off a Nice side who had beaten Marseille to get to the Round of 16.

The affair was indeed a never one and was only decided deep into extra time when Berbatov popped up at the right time to slot home a Lucas Ocampos cross. This was Berba’s first goal in France and it came at a crucial stage. OGC Nice were fighting an uphill battle from just after half time when left back Kolodziejczak received a red card in for a slap on Ricardo Carvalho, bringing the encounter largely under control for the Monagesques.

This CFA side qualifies for next round in a straightforward manner, beating a Sete side from one division below who opened the scoring with 40 year old Rouve. Moulins were however able to deliver a hammer blow, scoring at the end of the first half and at the start of the 2nd; demoralising their opponents and making any sort of response from Sète difficult. The game was finished off by Burdin, who nabbed his second of the encounter.

A difference of 5 divisions stood between the tiny Corsican outfit and newly-promoted to the big time boys Guingamp. The latter side took some time to get on top of the match and faced some dangerous moments until a corner from Giresse  found Cerdan who put it into the net just before the break. Diallo made it virtually impossible for L’Ile Rousse when he scored from a free kick in the 57th minute. Guingamp go through to the quarter finals after navigating themselves with intelligence through a match that could have potentially posed as a banana skin.

Quite an interesting game occurred between Les Ajaistes at l’Abbé Deschamps and struggling side Rennes. Both teams defended well, but often creativity and fluidity in attack was missing from both outfits. Rennes took the lead through on-loan player Kadir. Auxerre were suitably awoken after they conceded and pushed forward but the absence of the now departed Ntep was all too apparent. After the break, Rennes played keep ball and this relatively young Auxerre side found themselves becoming increasingly frustrated by the situation. A red card was shown for a member of the home side after a poorly executed challenge on Foued Kadir and the game was lost from that moment on. In the last 20 minutes Auxerre did actually have three cutting-edge opportunities but failed to execute them appropriately and allowed Rennes fly through and into the quarter finals.

On paper, this should have been an easy affair for the Ligue 1 side against 4th outfit and amateur club AS Cannes who already knocked out Troyes and Saint Etienne en route to this stage. Although there was little action during the first half, the game was more pleasing on the eye in after half time, but neither side showed sufficient quality to really deserve to score and win the match. Having said this, Cannes imposed themselves in the remaining 45 minutes before extra time and arguably dominated the second half. A penalty was awarded to Montpellier during extra time but the post denied MHSC’s troubled loanee Mbaye Niang. 10 minutes later, Zobiri became the hero of the day as he scored from the right side of the penalty box. The spotlight is back on Cannes after this courageous performance.

Just ten days after meeting in Ligue 2, a rejuvenated Angers team faced CA Bastia. The visitors took the lead through a counter attack through January signing Sunday Mba but Angers replied with a goal shortly afterwards. The home side thought they had scored but the officials disallowed it, claiming offside. CAB had other opportunities in that first half but were consistently denied by Angers goalkeeper Letellier. ASCO equalized near the 60 minute mark and started to control the game over the ten courageous Bastiais that remained on the pitch (Camara red-carded). Against all odds, the Corsican side scored again through Mba in extra time but Angers scored the minute after to delight the home faithful. Bastia seemed to be out of steam by that point and Angers went on to score 2 more goals to go on next stage.

Leading 2-0 after 30 minutes through Koita, Caen were unable to hold their advantage as Lille rushed to a come-back with Ruiz playing an integral part in the turnaround. Unlucky Rodelin scored a own-goal on the stroke of full time after scoring the first goal for LOSC earlier. Extra-time didn’t produce any goals and Les Dogues faithful had to wait the penalties to see the local team win this game after a nail biting shoot out.

The final matchup of the weekend saw the only French team still engaged in 4 competitions meet Lens at the Stade Gerland. After Briand opened the scoring for Les Gones, Lens through everything at it before finally prevailing on the 90th minute mark, earning a penalty. Valdivia scored and forced extra time. Shorty after Gbamin gave his team the lead from a set piece and sent Lens into next stage. A sensational result for les Nordistes and Ligue 1 hopefuls but Lyon were disappointing in this game.