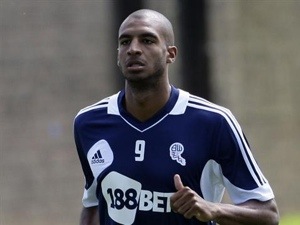 Earlier today, Get French Football News confirmed that Swansea had signed David N’Gog from Championship outfit Bolton Wanderers. Although N’Gog is relatively young, at the age of 24, he has a lot of experience at Premier League level, with Liverpool and Bolton themselves, which must have been very attractive for the Welsh side.

With Swansea somewhat depleted in attacking terms because of the injury to last year’s start striker Michu, it was clear that a back-up was needed. Wilfried Bony, their club record summer signing, was the only other top quality striker in their side, so Swansea were lacking depth in terms of attacking players. To hit the lofty heights of last season, Laudrup has realised that he needs to add to the depth of the squad to increase their chances of moving up the table and avoiding a relegation dogfight.

So, what does David N’Gog bring to Swansea? First of all, as I have mentioned, he is an experienced customer at Premier League level. This means that he is a very effective January signing, because he will not take too long to adapt to his new surroundings and the style of play in the Premier League. Secondly, he offers Swansea an option neither of the other two main strikers offer. Michu is very clever with his positioning inside the area, while Bony is an extremely strong physical presence who is powerful in the air. N’Gog, on the other hand, loves to stay right on the last defender and look to run in behind the back line, making use of his pace. When Michu or Bony are struggling to unlock an opponents defence, N’Gog could give the opposition something completely different to think about.

Overall, although ti may not seem like it at first, the signing of David N’Gog appears a shrewd move from manager Michael Laudrup. Not only is he an experienced goal scorer at Premier League level, but he may also give Swansea that extra dimension that they have perhaps been missing.

PSG agree to sign Yohan Cabaye from Newcastle for £19m