Eliaquim Mangala: “I am here to help the team win titles” 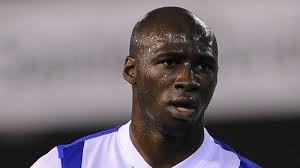 Get French Football News has seen advance screenshots of Eliaquim Mangala’s official interview as a new Manchester City player, and the deal, which was done several weeks ago, should finally be official this week.

He says the following in the interview: “I am here to help the team to win titles: the league, the cup and the Champions League.”

The player signs a 5 year contract after Manchester City paid €40m to FC Porto for his services.

Liverpool and Atletico Madrid battle with Monaco for Nicolas Gaitan