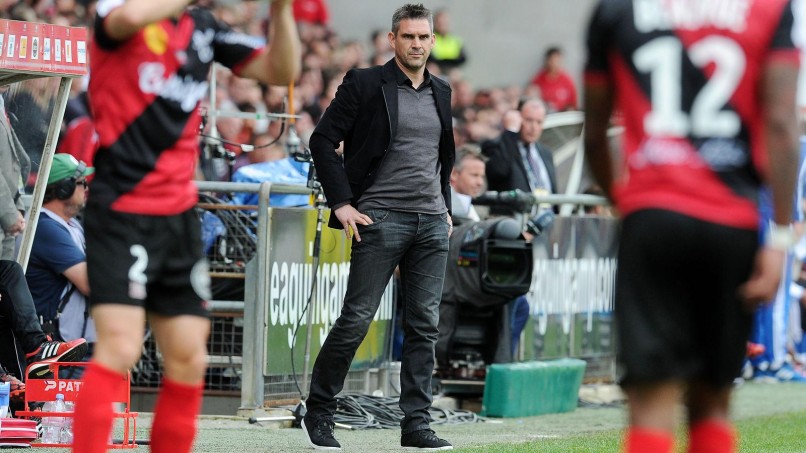 En Avant de Guingamp make their first European appearance in 5 years against Coppa Italia runners up ACF Fiorentina in Group K, hoping to improve on the 8-2 aggregate defeat suffered against Hamburg in the 2009/10 play-off round.

Buoyed by their 2-1 triumph over high flyers Bordeaux on Sunday, Guingamp will make the trip to Florence with a spring in their step. Sunday’s victory has lifted the beleaguered Bretons out of the relegation zone and “instilled confidence” approaching their European bow on Thursday evening, according to manager Jocelyn Gourvennec. This latest result has revived that intrepid optimism which surrounded the club after its impressive rise from Ligue 2, culminating in a satisfactory 16th place finish in the league and a derby day final with local rivals Stade Rennais in last year’s Coupe de France. Since, Guingamp’s dealings in the transfer market have been somewhat underwhelming, followed by a less-than-inspiring start to the Ligue 1.

Last season’s stand-out striker Mustapha Yatabare was swept up at the last minute of the transfer window by Trabzonspor, leaving the club no time to find a suitable replacement for his 43 goals in 112 appearances in his time with the Rouges et noirs. New boys, in particular Lars Jacobsen and Sylvain Marveaux, have come in to steady the ship, with the former Newcastle man possessing experience on the European stage, having played in last year’s competition with the Magpies.

Two games into Serie A, Fiorentina sit in 16th place with 1 point earned from the goal-less draw with Genoa at the weekend. An opening day 2-0 reverse against Roma constitutes their other result. This is not the auspicious start many fans of the club would have expected, especially considering the reason for their qualification was an impressive 4th placed finish in last year’s Serie A. The man at the helm Vincento Montella, in his second season at Fiorentina, could be forgiven for thinking his side should stroll through a group containing Byelorussians Dynamo Minsk and PAOK Salonika in light of his club’s recent success and European pedigree. La Viola won the Cup Winners’ Cup in 1961 and finished runners up in 1990. The harsh reality of bankruptcy plagued the Florence-based side in the 1990s, and the intervening years have been turbulent. More recently, the €25m gained from the sale of Jovetic to Manchester City has afforded the club some much needed clout on the transfer market, enabling it to compete successfully domestically and in Europe; the arrivals of Mario Gomez and Massimo Ambrosini from Bayern Munich and A.C. Milan respectively making headlines in Tuscany this summer.

The aforementioned Marveaux provided the all-important assist for Diallo’s goal against the Girondins in the most recent round of Ligue 1, with striker Mandanne hitting the second from the spot courtesy of a cool right footed finish. The 4-2-3-1 served the Guingampais well on Sunday, Claudio Beauvue and Jeremy Pied each making probing runs and threatening crosses into the opposition’s box, the former unlucky not to go on the assist sheet as his cross was almost turned in from close range by an onrushing Mandanne, only to be saved by the Bordeaux ‘keeper. Gourvennec intends on competing in the Europa League and as such will take 20 of his senior squad to Italy on Wednesday, including 3 ‘keepers “to cover for any nasty surprises”. Despite this, the selection will likely resemble the weekend’s heroes, although it would not be surprising to see Sambou Yatabare, on loan from Olympiakos, making an appearance. Veteran midfielder Thibault Giresse impressed after coming on for Jeremy Pied in the 73thminute, as did Dane Ronnie Schwartz, who entered the fray 4 minutes later for midfield-maestro Marveaux. Sunday substitute Angoua may find himself starting after coming on to shore up the red-black defence against Bordeaux after their consolation goal, although Gourvennec may choose to stick with the defensive line-up of Baca, Sorbon, Leveque and Kerbrat that served him so well against Bordeaux.

At his pre-match presser Gourvennec highlighted the fact that Fiorentina have at their disposal “players who have European experience”. Perhaps this is what sets the two teams apart. However one of the Viola veterans who will not play tomorrow is talisman Giuseppe Rossi, who has sustained an injury to his right knee and is out for 4 to 5 months. Frustrated in front of goal against Genoa, Fiorentina will be anxious to score and score plenty on Thursday. 22 attempts, of which 7 on target, were not enough to win at the Stadio Artemio Franchi, a match in which Marco Alonso, Mario Gomez and Juan Guillermo Cuadrado all spurned chances for the home side. Loanee Micah Richards may see his first start for La Viola after signing from Manchester City, having started on the bench against Genoa. Fellow defender Gonzalo is likely to play as well as alongside weekend substitute Manuel Pasqual, the club captain, in a classic Vincento Montella 4-4-3 formation.

Federico Bernardeschi (ACF Fiorentina): A young winger with a lot of potential. He scored 12 in 39 on loan at Serie B outfit Cortone last season. A substitute at the weekend, the 20 year-old brought an energy to the field that was missing from his team’s play prior to his inclusion. Like his team, he needs to prove he can score in the big time.

Sylvain Marveaux (EA Guingamp): This oft-maligned midfielder stole the show on Sunday. His assist was the least he deserved from a superb performance that will hopefully kick-start Guingamp’s so far stuttering league campaign. His European experience should mean that he starts and he should prove to be a key man for the Breton side.

Although this probably does not quite enter into the category of a David v. Goliath type of contest, out of the two teams it is who Guingamp will be the underdogs. Nevertheless both teams have strong motivation; Guingamp to honour that famous victory against Rennes last year in the cup and Fiorentina, well, they simply need to get off the mark for this season. It is hard to see anything past a home win in Florence.