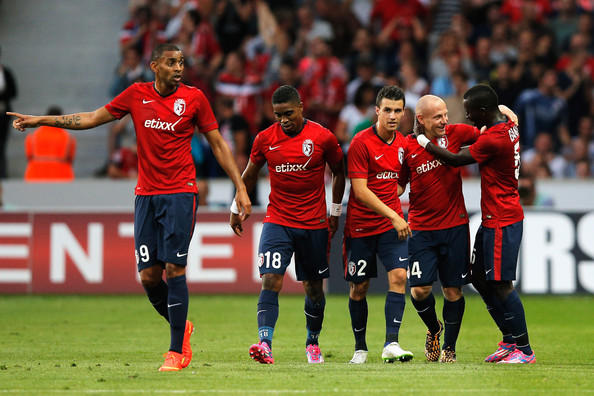 In one of the standout ties of this round of Europa League fixtures, Lille host an Everton side who have started their Europa League campaign in fine form. The Toffees thrashed German side Wolfsburg 4-1 at Goodison Park on matchday one, and followed up that result with a combative 1-1 draw away in Russia against FC Krasnodar.

Lille have had a less impressive start in the competition, but remain unbeaten after two games. After drawing 1-1 with Krasnodar in their opening fixture, Les Dogues repeated the scoreline away at Wolfsburg.

On the domestic front, the sides’ fortunes have been somewhat reversed. After a superb Premier League campaign last year, Everton have endured a less than auspicious start to the new season. Victory over Aston Villa brought Roberto Martinez’s side three much-needed points in the first round of fixtures after the international break, but the Goodison faithful still have reason to be concerned.

Everton have shipped 16 goals in their eight games in the Premier League; only QPR, who sit bottom of the table, have conceded more. The 3-0 victory over Villa saw Everton claim their second clean sheet in the league so far, and also heralded the return of Ross Barkley from injury. The talismanic midfielder was central to Everton’s attacking thrust, and will be crucial to their hopes this season.

Lille, on the other hand, hit the ground running in Ligue 1. Unlike Everton, their defensive record is the joint best in the division, yet they have struggled to find the back of the net, scoring only eight goals so far this season. Lille have conceded six in their last four league games, and will need to solidify at the back to stop a rejuvenated Everton.

Rony Lopes, on loan from Man City, has been one of Lille’s shining lights so far this season, but he misses out through injury, meaning that on-loan Liverpool striker Divock Origi will carry the French side’s attacking hopes.

Both sides are shackled by injury going into the game. Everton, although boosted by the return of Ross Barkley, are short of defensive cover; promising youngster John Stones is ruled out with a long-term injury, while Sylvain Distin is still a doubt for the starting lineup.

Going forward, Kevin Mirallas and Arouna Koné are both sidelined, while Steven Pienaar is not a certainty to travel, let alone play. Leon Osman and Steven Naismith have not travelled with the squad to France and so will not feature at all.

Lille too have their fair share of injuries. Rony Lopes is definitely out of action, while Rene Girard is still sweating over the fitness of Marko Basa, Marvin Martin, Jonathan Delaplace and Ryan Mendes.

With Lopes unavailable to play, Girard will likely set Lille up in a 4-3-3 formation, a change from his usually favoured 4-2-3-1. Injuries will not help the French side’s struggles with creativity in the middle of the park, and so their pace on the wings will be vital if they are to get anything out of the match against a tough Everton outfit. Origi has been in good form in Europe, and Lille will look to expose Everton at the back, particularly if the ageing Sylvain Distin is required to step into a centre-back berth.

Everton will look to come away from France with three points, particularly after an impressive win at the weekend. Ross Barkley, making only his second start of the season, will be the creative focal point of the side, looking to supply Belgian striker Romelu Lukaku. The frontman hasn’t been in the best goalscoring form so far this season, but found the net at the weekend and so will be looking to notch another against Lille.

England left back Leighton Baines will be a danger to Rene Girard’s side from the left. The full-back has created 22 chances in the Premier League so far, making him the third most creative player in the division. The visitors will look to find him in the final third as much as possible, where his crossing and passing can prove decisive. He is also deadly from set-pieces, so Lille must take care not to concede too many free-kicks in shooting positions as Baines is good enough to punish them.

Divock Origi – Origi has been Lille’s stand-out performer so far this campaign, but this particular encounter has an extra subplot that is of interest. Origi signed in the summer for Everton’s arch rivals Liverpool, before committing to another year on loan at Lille. He will look to make a big impression in front of the watching English audiences, and will look to give Liverpool fans a glimpse of what they have in store when he moves to Merseyside next summer.

Ross Barkley – Barkley is one of the finest young talents in English football. Strong and powerful, but with exceptional poise and technique, the England youngster has all the attributes needed to develop into a global star in years to come. Injury problems meant he only made his first start of the season last weekend against Aston Villa, but he was instrumental in Everton’s 3-0 victory. Capable of creating and scoring goals, he is the one to watch.

Depleted squads mean this game may not live up to early expectations, but there is enough talent in both sides to make the game an interesting spectacle. Lille will be hoping to recover their defensive solidity to thwart Everton, while the English side know a victory will put them on the brink of the knockout stages already. The Toffees will look to claim all three points, while Lille may be happy with settling for a draw. Everton’s creative firepower should be too much for Les Dogues.