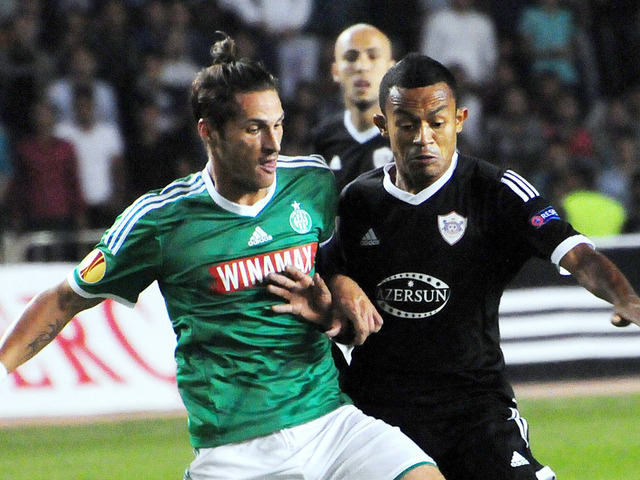 Josh Mart takes a chance to preview St Etienne’s second group match of the Europa League against Ukrainian sign Dnipro. Les Verts will be encouraged after a solid if unspectacular draw away to Qarabag of Azerbaijan, which was the most Galtier could hope for due to the extreme amount of travelling and the many injuries that he had to contend with. Dnipro on the other hand, will be disappointed with their opening to group F, as they lost on home soil to Inter Milan. Despite this result on paper not looking all that surprising, the Ukrainian side pride themselves on their home form, as it is what gives them such a high chance of progression every time they enter the group phase.

St Etienne currently sit 6th in the Ligue 1 table, level on points with star studded PSG. Despite picking up full points against the so called ‘lesser teams’ such as Lens and Caen, ASSE have struggled a lot against the ‘bigger teams’ losing heavily to PSG and dropping points against Bordeaux. This trend was continued at the weekend where Les Verts lost 2-1 to Marseille in a fascinating encounter at the Stade Velodrome. The St Etienne fans will be desperate to see their side succeed in escaping this tough group, and picking up maximum points against Dnipro will set them well on their way.

Dnipro sit top of the Ukrainian Premier League table at present, ahead of big sides such as Shakhtar Donetsk and Dynamo Kyiv. They have managed to avoid playing the major sides in the league as yet, which could be why they are sitting so comfortably at the moment. However, winning games no matter who the opponent is can only be a positive thing and they will hope to take that into this match. Despite this though, Dnipro did lose to Volyn in the Ukranian cup at the weekend and also lost to Inter in the opening game of this group. They will be keen to quash the theory that Eastern European sides struggle away from home in Europe against ASSE tonight.

ASSE will still be without key players such as Romain Hamouma and Kevin Theophile Catherine and Galtier can also add Turkish hitman Mevlut Erding to the list as he has a hamstring injury. Key players return though, as Tabanou, Corgnet and Perrin are given the medical green light to play.

With this in mind I expect Galtier to play a 4-2-3-1 formation with Ruffier between the posts with Sall and Perrin expected to start at the heart of the defence. Clerc will continue to deputise for Theophile-Catherine but Tabanou could return in place of Brison at left back. Cohade is expected to start in a holding role with Diomande or Clement to partner him. The return of Corgnet to fitness gives Galtier a bit of a selection headache as he has to decide whether to play him or Lemoine in an advanced central position. Mollo and Monnet-Paquet are likely to flank Norwich loanee Ricky van Wolfswinkel in attack.

I predict Dnipro to start in a 4-5-1 formation with Mazuch partnering Brazilian Douglas at the heart of the back line. Impressive Croatian defender Strinic is set to start at left back providing defensive stability and support to Dnipro and Ukraine star Konoplyanka who is likely to start on the left wing. Shakhov could come in for Rotan in midfield, who was sent off in the game v Inter. He is likely to be partnered by Georgian midfielder Kankava and Kravchenko. On the right side of midfield, it is expected that former La Liga talent Bruno Gama will start and help to provide ammunition for either Kalinic or Zozulya.

Monnet-Paquet (ASSE) – Monnet Paquet has proved to be a great signing for Galtier after he joined permanently from Lorient in the summer transfer window. He has quick feet and also an impressive eye for goal. Due to injuries he is likely to get more and more game time, which can only help the former France U21 international, whose direct running style is driven by confidence.

Konoplyanka (Dnipro)- Yehven Konoplyanka has many admirers all over the continent and it was fully expected that he would leave for either a Barclays Premier League side or Serie A with teams such as Liverpool and Inter previously linked. Konoplyanka is unpredictable with fantastic dribbling abilities and the ability to score from any distance. ASSE will have to mark him tightly.

I expect this to be yet another tight game for Les Verts, but there is much more pressure on Galtier and his players to perform and produce the points in this home game. Having key players such as Perrin back can only encourage ASSE fans more about their chances in this game. Dnipro will also know that if they want to progress, they may need at least a point here after losing at home in the opening game. I expect a tight game with both sides knowing that defeat could be costly.