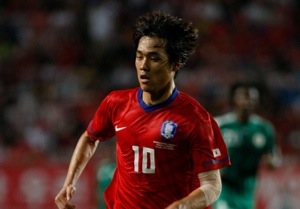 Get French Football News understands that Newcastle attacker Sylvain Marveaux has been offered to Ligue 1 side FC Nantes. The player has received little game time with the Magpies this season and it is currently unclear whether or not Newcastle will be willing to let him go. An agent offered Marveaux to Nantes and not the Premier League club itself.

According to local paper Presse-Ocean, Arsenal’s attacker Park Chu Young has also been offered to Les Canaris as they look to find a long-term replacement for Filip Djordjevic who will be leaving at the end of the season.

France Football report that Chelsea are closing in on Kurt Zouma