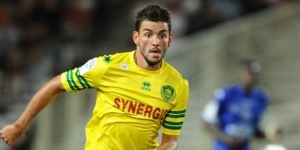 Get French Football News understands that Nantes striker Filip Djordjevic has decided to reject an approach from Inter Milan, who were reportedly offering a higher wage package, in favour of honouring his pre-contract agreement with Serie A rivals Lazio and to join them in the summer when his contract with FC Nantes runs out at the end of the season.

Sky Italia believe that the deal may be made official shortly.

Despite this pre-contract agreement, Djordjevic has the possibility of signing elsewhere this January it an offer from a club he appreciates comes in. Nantes would consider selling the player this month.