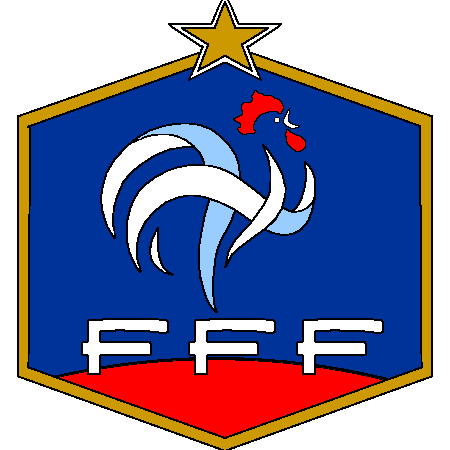 We bring you our player ratings for the French side that played Paraguay in what was their second World Cup warmup match.

France’s Captain had little to do this evening, but perhaps should have done better in preventing Caceres’ goal. The way that he ordered his teammates to position themselves for the free kick that resulted in the goal was inadequate.

A very accomplished performance from the left back who’s consistent bombing down the lefthand side provided another dimension for France’s attack. He also whipped in several competent crosses during the match. He completed his defensive duties with aplomb also.

The Liverpool man was only given 45 minutes to shine, after having been given the responsibility of captain earlier in the week against Norway. He kept Roque Santa Cruz out of the game and was very strong aerially in terms of defending.

Koscielny really struggled in the seemingly unknown role if right sided centre back, which actually suggests that Deschamps will not be picking the Arsenal man in his starting XI for the World Cup, with Varane waiting in the wings. His distribution was poor, and handed the ball to Paraguay on several occasions in the first half, but did make a crucial sliding challenge which stopped a vital opportunity for the opposition.

The veteran was given an opportunity to shine and to show that he is a more valuable asset than Debuchy, his rival at right back. He worked hard, and showed his focus and pace, but did conceded several unnecessary fouls. It is neck and neck between the two in Deschamps’ mind.

France’s Duracell bunny was the most lively midfielder in terms of carving out opportunities for himself, but his three chances were all off target. The box-to-box midfield man showed his commitment to the French cause again and will be an indispensable force in Brazil.

The young man from Juventus could be one of the biggest stars to feature for any of the sides present in Brazil this month and he bossed the midfield in Nice tonight. The technicality with his feet and strong physical stature surmounted his tendencies to give wayward passes or overrunning his turn on the ball. He also showed immaturity at the latter end of the fixture, entering into a personal duel with a Paraguayan substitute which almost saw him sent off.

Cabaye was a little invisible tonight, and, although his long balls up top to Giroud were effective, with just 45 minutes to impress, it is difficult to say that he achieved that aim.

The petite Marseillais’s fight is ominous when he dons the French shirt, and, although his set piece deliveries were generally wayward this evening, his eagerness to win the ball back exceeded that of the majority of his teammates. A polished performance and a man who deserves to start for Les Bleus in Brazil.

Promising positionally, but lacked the final product and squandered the majority of France’s best chances. He played much better as a substitute earlier in the week for Norway.

He had the bit between his over 90 minutes and the added reassurance that Benzema was not fit to take his place during the game allowed Giroud to play confidently. Was a continuous aerial threat and was technically more sound than usual. A very good performance from France’s number two centre forward.

France’s defensive midfield backbone broke down after the introduction of Mavuba for Cabaye. The player offered little over the course of 45 minutes.

The majority of Paraguay’s opportunities came from down France’s right hand side and Mangala was not at fault. Was poorly positioned for the free kick which resulted in a Paraguay goal.

Injected necessary attacking impetus and his touch did not let him down, despite it usually doing so. Reassuring and adds weight to Deschamps’ reasoning in including him in the squad at all.

A shining light for France and fashioned a fantastic goal which required genuine skill. Intelligent link up play with Giroud was also displayed. Ribery’s integrality for France is under threat.

Was not on the pitch long enough to make a lasting impression.