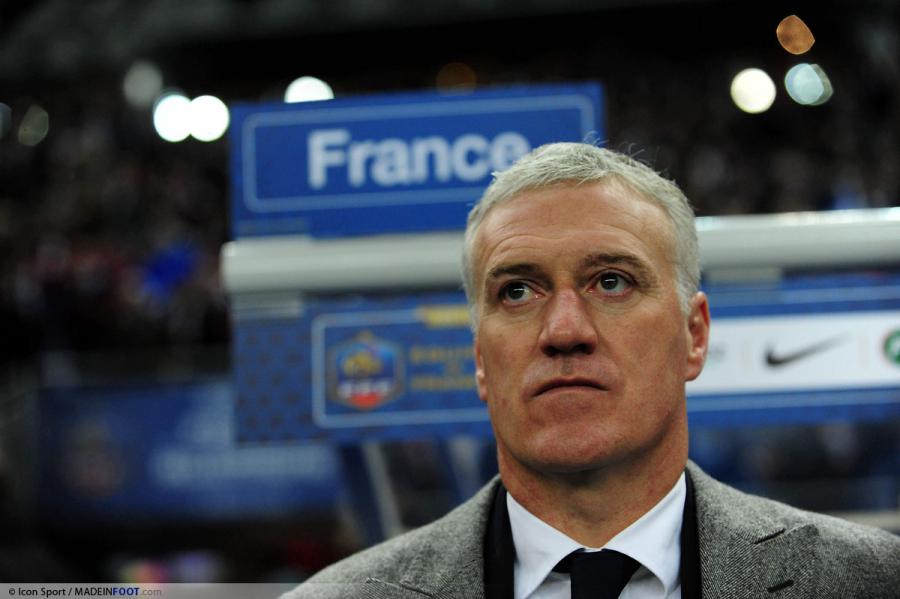 On this phase of the World Cup preparation: ‘What matters not to me now is the individual current form, but the values that the players show and the potential.’

On Samir Nasri: ‘The players whoever they are, it is up to them to be as good as possible. I didn’t get to see Nasri play yesterday, but I saw the goal later on. It was a very nice one.’

On Karim Benzema: ‘I think he has had a lot of game-time since I have been here. He has been in very good form in the last months, not just weeks. He needs to be capable to be just as clinical with his French colleagues in this team.’

On Paul Pogba: ‘Paul, even though he is a young player, he has very little holiday and has played a lot of matches. It is a big season for him in terms of amount of matches but he has to get through it.’

On Yohan Cabaye: ‘I am not worried. Okay, he would like more game time (with PSG), but Yohan is clever enough to understand when you go to better club you are not likely to have as easy a ride. We are talking about a player who has experience. It is not a worry.’

On Mamadou Sakho and Franck Ribery: ‘They are two different cases. Franck was only out for a short time but Mamadou was out a little longer. I have spoken with both their managers about playing them and they will be available for selection.’

On Josuha Guilavogui: ‘Yes it is true that he did not play much with Atletico but he is back against St Étienne. He has been in the squad and he can play several positions defensively and central midfield.’

On Olivier Giroud: ‘He is here. What concerns his private life is private but it is concerning. He will want to score goals. He is here.’

On the Netherlands: ‘I’m not van Gaal. They are already very good as it is. They are one of the best teams in Europe and indeed the world.’

On being selected for the 1st time: ‘The fact that the manager has selected me, means that I have the opportunity to bring something to this team. I hope I can prove myself. I had hoped that this chance would present itself. I have been working for this.’

On making the World Cup: ‘I hope to be on that list of 30 for the World Cup. I will give everything every weekend to make it happen.’

On his PSG future: ‘I have never thought about leaving PSG. It has become one of the biggest clubs in the world. I am good here.’

On Ibrahimovic: ‘He is a very simple guy really, he is always there to give you advice.’

On the tradition that a new player to the French squad has to sing a song at dinner: ‘Yes I have made sure to learn my song well! I think I will sing Stromae, Papaoutai.’

On current form: ‘I am in a good patch of form at the moment. It shows on the pitch.’

On his historically poor French performances: ‘There are easy periods but there are also harder ones. One leaves those periods by working hard. Everything that is said about me creates an image. We cannot know everyone. I am young, and happy in my life.’

On Ancelotti’s influence: ‘Ancelotti has not transformed my game. He has given me game time, even if I didn’t score in one or two games.’

On Deschamps: ‘I don’t know if there is a particular link with Didier Deschamps. But he is someone who likes his players. He gets close to them.’

On Enzo Zidane: ‘He is calm and young. He is a good player and people need to leave him alone.’

On Champions League/World Cup: ‘I would like to win them both not one or the other. We all have lots of ambitions. The dream, is to win the World Cup, but first we must get out of the group.’

On his first call up: ‘I am very happy and proud to be here. I have arrived to a welcoming group of players who are doing everything for me to feel at ease. I am not putting any pressure upon myself. I will only try and capitalise on any chance I may get on Wednesday.’

On his preferred position: ‘I don’t really mind on the left or the right hand side. I am ready to play as the 5th goalkeeper, no problem.’

On the French shirt: ‘It is the most beautiful shirt that one can wear.’

On the Netherlands: ‘It is a big match. Maybe I will be playing for my place at the World Cup. I want to take that chance.’

On his suspension: ‘I learnt a lot. For me, that is in the past now. I want to show that I am a professional.’