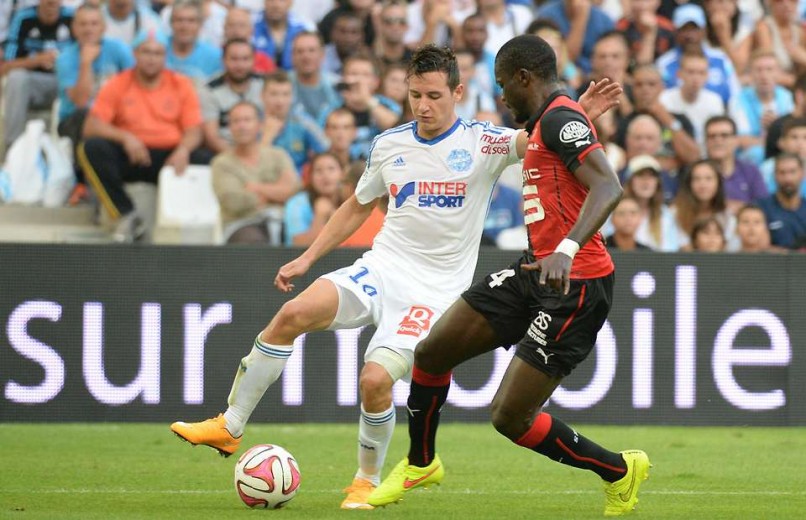 Florian Thauvin was arguably the best player at Marseille last season, his endeavour down the right wing added real adventure to a team that had stagnated and also promised a lot more to come in the future. However, since Marcelo Bielsa’s arrival in the summer, the young Frenchman has dipped in form unexpectedly but the real question is how will he rebound from a perceived poor period at such a tender stage of his career?

Back in 2012 when he really made his name at Bastia, Thauvin was distinctively instinctive and invigorated a side desperate for a spark. He impressed so much in the first half of the season that he earned a move in January 2013 to Lille for a fee of around €3.5m, a steal for such a bright prospect, returning to the Corsican side on loan for the rest of the season.

The move only seemed to spur him on as he went to record a fantastic second half of that 2012-13 season. He scored seven goals in 16 appearances chipping in with one assist. At SC Bastia, Florian Thauvin was generally-speaking able to feel cherished and loved as a pivotal individual by the fans and his colleagues alike. With him being set to play for an impressive Lille team next season, many expected him to realise his potential as France’s future right winger, a man who could be counted on to displace Mathieu Valbuena.

However, during the summer of 2013 he lost a lot of support. The youngster was ill-advised, with a footballing inexperienced family member representing him as they held out for better terms in Thauvin’s contract with Les Dogues and began to repeat a desire to join Marseille instead. The result: Thauvin left LOSC without playing a game for the club. He forced through a move to Marseille for €15m, at least a tasty profit for Lille but the incident typified the increased player power in French football and made him appear a spoilt individual who was making irrational demands vis-a-vis his experience and track record.

In his first season at Marseille, Thauvin did not skip a beat despite the team around him not exactly meeting their expectations. In 31 games, the winger managed eight goals and three assists but aside from the numbers, he distinguished himself as the Marseille attacking player that was most likely to breakthrough the opposition’s defence and work a piece of magic in an otherwise dismal season of transition for OM.

He was at times sensational, shrugging off the criticisms of his move to really make a mark on Ligue 1. Fast, clever and with an end product, Thauvin was quickly being touted not only as a future attacking focal point for his club side but some even drew comparisons with Ballon D’Or finalist Franck Ribery. It did not seem farfetched either, he had a similar style of play and his swashbuckling style helped keep a L’OM team that were sinking last season above water.

This summer was less turbulent on a personal level for Thauvin, but a new manager was put in charge, with Marcelo Bielsa taking the reigns at Marseille. Many were looking forward to how Thauvin would match up with El Loco, his physically demanding style might have been an issue for the youngster, who certainly has a bit of a reputation of being difficult following the catastrophic set of events back in 2013, but the attacking style was certainly set to suit the 21-year-old to a tee.

This season, the previous excitement that surrounded Florian Thauvin has been replaced with frustration as the fans groan when he fails to beat a player or when he makes a poor decision. There are several reasons why Thauvin might be perceived to be undergoing a period of poor form, perhaps he is still adjusting to a new manager or the surrounding attacking players have raised their game, regaining some of the spotlight that had been placed on Thauvin last season. Either way, he has just not been as effective. The most worrying sign of all is his lack of composure in front of goal: only 20 of his 37 shots had been on target before last weekend, with only three going in the back of the net. In a crucial tie against Lyon, his shortcomings in front of goal can be directly attributed to the side’s failure to win the fixture.

For Marseille as a whole, Thauvin’s malaise has not been a great issue because the team’s overall success somewhat dilutes the potential seriousness of this drop in form. Consistency is king in football, but perhaps 21 year old Thauvin deserves a grace period. Either way, Romain Alessandrini, who has looked brighter and more dangerous when he has appeared off the bench, continues to push for a starting spot which would be at Thauvin’s expense.

There might be a sign of the tide turning as he recently managed to score the winner in a tough 2-1 victory against RC Lens. Having not scored since Week 5 against Evian, Thauvin finally put away one of his chances- not only was it a decisive personal moment for the French U21s international, but it proved decisive in Marseille’s eventual victory.

The PSG fixture aside, it could be the break that Thauvin must have been craving since the start of the season and the question alters from why Thauvin is having a dip in form to how and whether he can respond as a better player, at least mentally, from this difficult experience. He is adapting to Bielsa’s style and credit must go to “El Loco” for persisting with Thauvin in his starting XI, despite the blips along the way. After such a meteoric rise, there are bound to be a few bumps in the road and in a few years time, we might look back at this as a moment where people got a little carried away, but it is nevertheless right to raise the issue. Thauvin still has the ability to become a world class footballer, there should be no doubt about that.