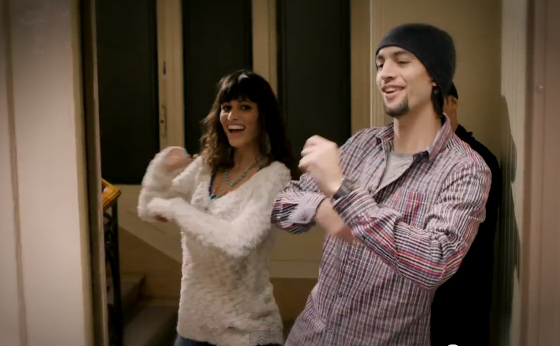 PSG blogger and founder of 1970 PSG Ross Mackiewicz retells the story of Javier Pastore’s career at the capital club to date and the secrets behind his extraordinary turnaround in form.

Out in the cold, out of the Argentine national team, incessantly linked with a transfer and looking as If his time was up in Paris: just how on earth has Javier Pastore quashed the aforesaid traits and become without doubt Paris Saint-Germain’s star performer this season?

El Flaco’s renaissance is nothing short of incredible when you sit back and think about it. This was a player who for two and a half years had been low on confidence and was consistently played out of position. Even if he did put in a good performance he was more often than not dropped for the next game. He was without a role in the first-XI and unable to adjust to the 4-3-3 formation that has, up until recently, been the bedrock of PSG’s success. Used as the scapegoat to cover for PSG’s rare off performances even when Pastore was not at fault, everything was just against “the skinny one” and his move to PSG was being judged as a major flop.

He was initially the poster boy of the Parisian dream: one of the most sought after South Americans that wooed the arduous Serie A with Sicilian side Palermo; not only the face of PSG but for Ligue 1. His arrival was a statement of intent for the club but also for the league. Never had a French club even dared to dream of spending that sort of money on a player, an estimated whopping €40m in total. He was unveiled to the crowd of the Parc des Princes on the opening day of the 2011/12 season on a dreary, rainy night against Lorient who compounded a miserable evening for the Parisian faithful by winning 1-0. But, what was to come over the following few weeks was – up until now – JP’s most consistent run of top class performances.

In his first start in the league against Brest he netted the winner in a narrow victory, followed by another goal a week later as Les Parisiens came from two goals down to level with Evian where the Argentine was an absolute star. Pastore along with Nene, Jeremy Menez and Kevin Gameiro forged an immediate understanding, which unfortunately was not fluid enough to continue after the winter break. Pastore’s best performance that season though was at the back end of September away to Montpellier. You can actually argue that this was the team’s best performance all round during that campaign. Antoine Kombouare, the coach at the time, utilised Pastore in his favoured position just behind the striker. He revelled there in those early days, evidenced by his performance at the Stade de la Mosson where he netted a brace. One goal in particular was just exquisite, as Siaka Tiene played a ball in from the left-hand side and there was the lean, agile figure of Pastore to meet it on the volley to beat Geoffrey Jourdren in goal. PSG won 3-0 that night against a side that would eventually become champions.

That is when it all began to fizzle out. Not just for Pastore, but for the team as a whole. The pivotal fixture where PSG proved their inherent lack of ability to piece the fundamentals together was their Coupe de la Ligue exit to Dijon away from home. Pastore was an unused substitute that evening and that defeat more or less condemned coach Kombouare to his eventual dismissal, with his future being questioned ever since the QSI takeover transpired. It was a stark reality but the club wanted to go places, and quickly. In came Carlo Ancelotti two months later to send Europe’s “biggest” football project into dizzy new heights.

Pastore though, along with the likes of Menez and Gameiro, did not reach those levels that they did earlier in the season. The team was in transition. Thiago Motta, Maxwell and Alex all arrived in the January window. Ancelotti adopted a Christmas tree formation with Pastore playing primarily as one of the two attacking midfielders. His recalibration phase to the challenges of a new formation were thwarted when he picked up an injury though in the Coupe de France against minnows side Sable, tearing a muscle in his leg which side-lined him for a month, enough of an interruption to effectively kill of his form for the remainder of the season. Upon his eventual return, Ancelotti continued to experiment, deploying the Argentine more or less as a striker with Nene and Menez playing off of him. It categorically failed. Nevertheless, ‘Flaco’ netted 13 league goals that season but managed nine less the in 2012-2013 where the club ended a near two-decade wait for a Ligue 1 title.

Bigger and better names came through the door at the club, the team was evolving and the squad underwent a considerable overhaul. Despite the added incentive of playing alongside some of Europe’s finest talents including Zlatan Ibrahimovic, Pastore simply could not elevate his game to the form he showcased upon his initial arrival in the French capital. Whether it was under the guidance of Carlo Ancelotti or Laurent Blanc, he was continuously played out of position – primarily out wide on the left. This was of no benefit to him or the team and he would end up having a “stinker”, booed by the fans, dropped for the next game and lambasted by the press. It was hard not to feel sorry for him because the player was made out to be a scapegoat which was unjust at times. It just emphasised that he did not fit into the PSG system were deploying at that time and a move away from the club was seemingly necessary to reinvigorate his career.

If one can identify a turning point for him, then perhaps his goal against Chelsea in the first-leg of the Champions League quarterfinal made people realise that despite his shattered confidence, the man still possessed immense talent. Yes, the defending from the Chelsea players in the build-up to that was clumsy, but the most successful footballers are usually the ones that deliver on the biggest occasions. Just a few weeks later, his agent Marcelo Simonian remonstrated to the media that his client had no intention to leave Paris. It looked as if he or Lavezzi would be ushered out in order to bring in a star name such as Angel di Maria to wrangle round the FFP ramifications. Instead he remained, knuckled down and has not looked back since.

The signs during PSG’s pre-season campaign gave fans subtle hints about what they might expect over the course of this campaign. With Jean-Christophe Bahebeck grabbing the headlines, and rightfully so, the Argentine had been going about his business quietly, but increasingly confidently. He looked sharp and confident enough to try the artistic key passes that the PSG faithful had previously salivated over. The self-assurance oozing from his pores following a pre-season where he remained, for the most part, one of the most established talents, with a large section of the first team on extended leave from the World Cup, Pastore was now mentally ready to deal with the competition he had failed to stand up against within the squad seasons’ previous. He had been out of the Argentine squad for nearly three years but received a call-up last month: a befitting confirmation of El Flaco’s reversal in fortunes, epitomising just how far he has come in the last three to four months.

Blanc utilised him on the left-hand side of the midfield trio and out wide in a 4-2-3-1 that Blanc flirted with in the early parts of the season. This was a ploy to try and get the best out of Edinson Cavani as the central striker, with Zlatan Ibrahimovic dropping deeper. Positionally, it simply was not where the Argentinian wanted to be, but even then there was greater determination and grit about Pastore’s temperament than before.

Pastore was right to remain positive. After a laboured start to the Ligue 1 campaign, Blanc has tweaked the set-up to a 4-3-1-2. Lucas Moura has been playing just off Cavani with Pastore in the hole just behind. This has been – and always will be – his best position. He has been able to influence games, run at the opposition and become the key-attacking outlet, commanding the ball in dangerous areas. His performance against Barcelona when the whole world was watching in a fantastic spectacle reinforced the idea to everyone that he was a big game player. He ran the show for Les Parisiens, orchestrating a number of counter-attacks. The telling aspect is his confidence. We never would have seen this kind of Pastore last season, not a chance. He has been and always will be a confidence-driven player. If he does not have that, he will not play to his potential. It is just a shame that it has taken two and half years for him to rediscover it.

Blanc must be given some credit in adopting ‘El Flaco’ in his preferred position, having belief in him also. The performances up until now have been terrific but the challenge for the player now is consistency. If he can maintain this supreme level of performance, then he will be without doubt one of the first names on the PSG team sheet. He cannot afford to rest on his laurels otherwise he will be back to square one and PSG can be quite an unforgiving place if you fall on the wrong side of the regime. This was always going to be a career defining campaign for the 25-year-old. He needed to do something, he had to step-up. We know what Javier Pastore is technically able to do. But when you play for Paris Saint-Germain these days, there is no room for passengers. At the moment Pastore is the conductor, and it is a joy to see.

Eliaquim Mangala: “Being the most expensive defender in the history of the game doesn’t add pressure”

Why Eduardo Camavinga’s statistics against Tunisia may surprise...