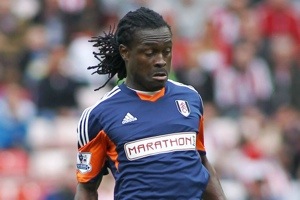 Premier League side Fulham’s manager Rene Meulensteen has confirmed in a press conference that Ghanian central midfielder Derek Boateng is in talks with Ligue 1 side Evian about a possible move.

The French side have been in talks with the club and player for a number of days and are positioning themselves to loan the player until the end of the season with a buy-out option which can be activated at the end of this campaign.

The Fulham boss also confirmed that Championship club Watford are in negotiations for the transfer of Boateng and are understood to be leading the race for the player at present.

According to our colleagues at France Football Sunderland manager Gus Poyet is also interested in the Ghanian international.

Reims in talks to sign Azor Matusiwa (FC Groningen), has an offer from Augsburg