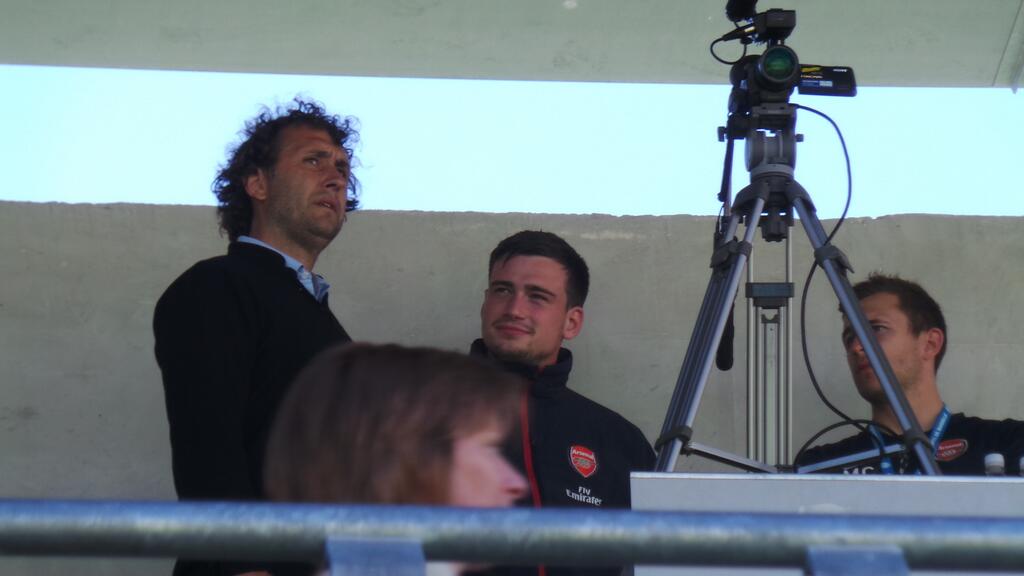 Speaking to L’Equipe, Arsenal scout Gilles Grimandi spoke about the North London club’s forthcoming fixtures with his former side AS Monaco and more.

“It is strange, I felt it coming. Arsène was happy, I think. We never speak about the draws but he said to me: “Right, we’re going to Monaco…” It is a joy for him like it is for me, even if there are few people remaining at the club from our era. When I go back to Monaco, people still talk to me about Arsène’s projects. Three years ago someone said to me, “Arsène would be happy, today, we have gardeners paid by the club.” During our time, they worked for the Principality. At Arsenal, today, we have over 25 gardeners paid by the club. To return to Monaco is a good story. In the last few years, we have had difficult draws, Barca, Bayern. For us, it is an opportunity, but Monaco are no pushovers, they have found their style and enjoy defending.”

On his knowledge of Monaco…

“It is the French team that I know the best. We are also the English team that they know the best. Arsène watches them regularly, and I have seen them nine or ten times this season. We also have a specialist who watches all our opponents, which is a different role to mine.”

On his work so far this season…

“About 40 (Ligue 1 matches he has seen), maybe. Sometimes, I can see three in one weekend. I take a particular view on these matches. When I bump into scouts who were managers, like François Brisson, I hear them speak at half time about a game that could topple over for one reason or another. I am looking at other things, I focus on one player and I am disengaged from the tactical aspects.”

On what Wenger relies on to make transfer decisions… Your views? Statistics?

“This job has evolved a lot. Data is taking a stronger and stronger place. You have to really argue to be against data. In a club, statistics give people the chance to exist who have little knowledge. And these numbers act as a safety guard for decision-makers who lack courage. That, yes, that annoys me. The other problem, is that the players are aware of this trend. I ask myself to what extent they’re playing to make their numbers good, the duels they have won, the amount of kilometres they have run. It is not particularly positive: I can win 100% of my duels if I refuse to accept everything that I am risking to lose. We see more and more players fleeing the duel and I think that there is a risk that this continues until statistics count this refusal of a player to engage himself. Among very talented youngsters, the duel is a missing weapon.”

When Arsenal’s recruitment policies are questioned, do you feel personally aimed at?

“Yes, completely. Afterwards, recruitment is judged over a long period. Nobody has a 100% success rate. But in terms of a ratio of Euros spent to performance, I think we are not doing badly. At the moment, our role is becoming a bit less important. In the face of an elite market, the scout has less of an important role compared to the negotiator.”

Do you watch a lot of games on TV?

“Like a crazy person. I have the football bug. On TV too, we can see what we are looking for. I bump into scouts who go to more matches than I do in stadiums that stops them working from when they return home. Me, I must see maybe three films a year… This job is a terrible luxury: I am drenched in passion. It is like a manager. You never want to get out, you always want to look for something else.”

“Our club is extremely, internally solid. On the outside, people attempt to destabilise it, but the club never shakes. At the moment, we are suffering in some positions where injuries are hurting us, but we are in the Round of 16 for the Champions League for the seventeenth time and we have already overcome some very difficult moments. It is thanks to our stability. Today, we must be very ambitious. And that is why the matches against Monaco are very important for us.”

Marco Verratti wants to be managed by Carlo Ancelotti again