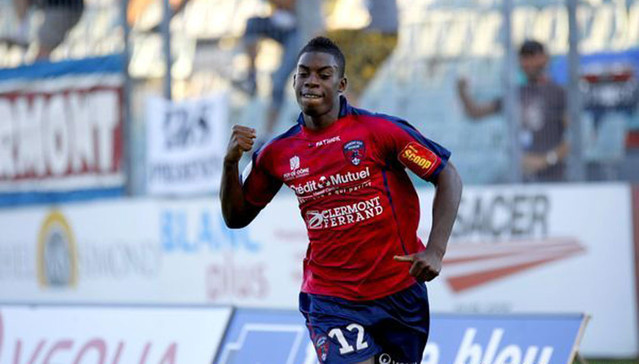 Get French Football News reported yesterday that the deal to sign Mana Dembélé from Clermont had been completed by Guingamp. The Mali international, who plays in the centre forward position, was signed for €500,000, which is a considerable sum of money for the newly promoted Guingamp.

So, who is Mana Dembélé and how will he help Guingamp continue their impressive start to the season? Well, Dembélé is a proven goalscorer at Ligue 2 level, from which so many of Guingamp’s current players have come from. Dembélé scored 13 goals in the league last season, to go with 8 goals and 5 assists in the previous season. He fits the kind of player that Guingamp prefer up front; he is tall, fast and a good finisher, much like current striker Mustapha Yatabaré.

There are, however, questions about whether he can perform in Ligue 1 at the top level of French football. He has scored 28 goals in Ligue 2, but never in any other competitive competition. However, I think he has the necessary skills to be a success. When Yatabaré made the step up to Ligue 1, many though he would not be good enough, but so far he has proved us wrong. It is likely that Dembélé can do the same. Also, at 25 years of age, he still has time on his side and, given the chance, he could develop into a very good Ligue 1 striker.

Napoli will make a second offer for Etienne Capoue

AS Monaco have held talks with Blackpool’s Tom Ince