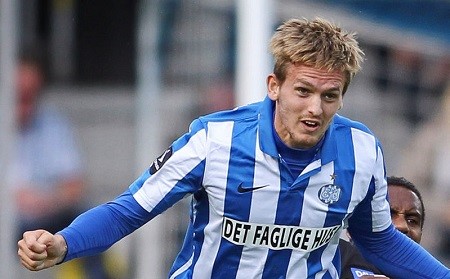 Get French Football News now understand that Danish defender Kian Hansen will now not be signing for Nantes despite an original agreement between the Ligue 1 side and the Dane’s club Esbjerg. The Danish side appear to have pulled out on a move at the last minute as they now, for whatever reason, have decided that they are not willing to let the player go.

Hansen was expected in Nantes over the weekend, but never arrived due to this change in ideas of his club. The 24 year old is a centre back and is yet to make a national team performance despite featuring in a couple of his country’s first team squads.

Whether Nantes will now shift their target to other defenders is unknown at the moment.