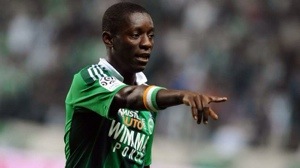 Get French Football News understands that Premier League side Hull City have made an approach for Saint Étienne’s attacker Max Gradel, becoming the second Yorkshire club to do so this transfer window after Leeds United contacted the Ligue 1 club and the player earlier this month.

Hull City have merely enquired about whether or not Max Gradel would be interested in a move to the Premier League and whether or not St Étienne are willing to sell.

As for Leeds United, their pursuit for the player has not gone any further than the informal discussions that they began with Gradel and St Étienne last week, but Hull City’s approach may force the Championship side into action. More undoubtedly to follow.