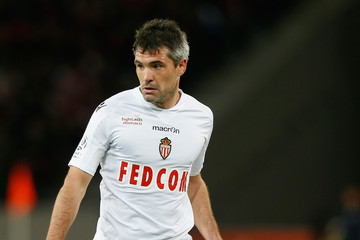 Get French Football News exclusively publishes an interview with AS Monaco defensive midfielder Jérémy Toulalan after the team’s 1-0 victory over FC Nantes last night in partnership with our colleagues at Foot Express.

Jérémy, what are your thoughts on the match?

We were fortunate. They hit the bar, some saves from Subasic. Against Bordeaux, we were not fortunate, but today we were. Overall, we controlled the game, even if in the last 15 minutes FC Nantes were dangerous. But we must do even better, and even quicker going forward.

Falcao scored on one of the few chances you had…

Yes, there were not many opportunities. We didn’t shoot much. We monopolised the ball, but we were not dangerous. But that is enough. Against Bordeaux, we had a very good first half but then we collapsed. So that is what we said at half-time, we were more careful in the second half.

After two defeats, did panic start to creep in at Monaco?

There was admittedly a bit of panic, because our aim is to be in the Champions League like it was last year. And then of course we will participate in this year’s Champions League so it was important for the confidence of our players. There was certainly pressure.

Andy Delort in London to negotiate