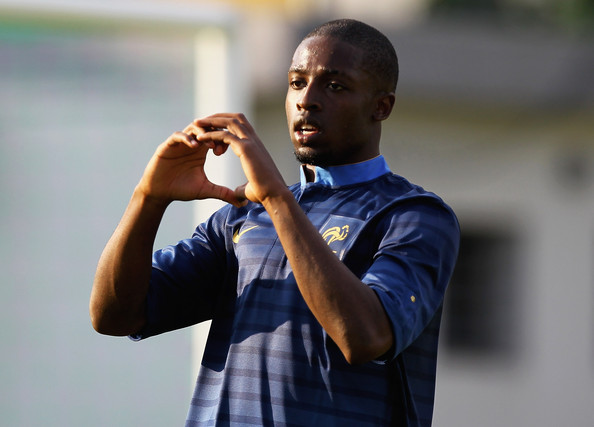 Get French Football News had the pleasure of sitting down with promising attacker Terence Makengo who exclusively revealed to us that he will be terminating his contract with Ligue 1 2nd place finishers AS Monaco imminently. We spoke about his loan spell at Chateauroux, his thoughts on ASM’s progression this season and much more.

Have you enjoyed this season with Châteauroux?

Yes and no. I think we could have done a lot more collectively, considering the quality of the current squad. Personally, I could have brought a lot more, but this was a year of transition for me because I was injured last year and I was not well prepared for the season. I am not looking for excuses, I should have done better. However, yes, on a personal level I got to know some very, very good people.

Was it difficult to accept that you will not be part of AS Monaco’s adventure next season in the Champions League, or was it more of a relief that you have agreed to mutually terminate your contract?

No it was difficult, because I would have liked to have succeeded with the club that made me… But, that is football. It won’t be Monaco but it will be elsewhere. It is just like that.

What type of club are you looking to join this summer? Would you like to stay in France or would you prefer to go abroad?

For the moment I am at Châteauroux. There is one more match to fight for survival (a match that they went on to lose and were consequently relegated) and after that we will see. Only God knows what will happen.

You are a youth product of the prestigious Clairefontaine academy. That is impressive. Where do you see yourself in 5 years? You are still young.

Clairefontaine remains the best years in football when I was young. It is extraordinary, perfect. At the moment, in 5 years I do not know where I will be. I hope that my career will have taken off and that I will continue to take pleasure on the pitch and have fun and win. That is the most important.

In terms of international football, have you considered the option of playing for Congo?

Yes, I am currently in the process of thinking about that. We will see. For the moment, I want to first stabilise myself at a club in order to play great seasons and after that I will see.

What are the weakest parts of your game at the moment?

Are you frustrated that you have still yet to become a key part of a Ligue 1 team?

Yes, a bit because I am somebody who aspires to play at the top level. It is up to me to work hard and do what is necessary to get there. Each one will get their chance. Some flourish earlier, some flourish later. I will continue to work and as you say working pays off. It will finish off by paying.

What do you think of Claudio Ranieri? Do you think he will be at AS Monaco next season?

He is a great coach. He has had a magnificent season. I do not know if he will be there next season. That, of course, is not up to me.

Tell us something surprising about yourself.

(he laughs) I’m not quite sure. Maybe that I like watching girly TV shows like Beverly Hills 90210!