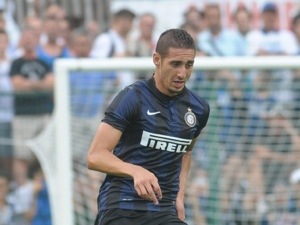 After a week of uncertainty about his future, we now understand that Inter Milan’s Ishak Belfodil has agreed on a move to London club West Ham.

The player was said to be uncertain about a move to the Hammers as there was interest from Championship side QPR as well. Now, however, after a meeting in Italy yesterday, both clubs and player are all agreeing on a loan move.

A deal is not set in stone, however, as 50% of the player is owned by Italian side Parma and for a deal to go through they must agree as well. Parma have also been rumoured to want the player on loan and so they could yet jeopardise a move. We understand that they are currently blocking a move as they do not want a release clause in the player’s loan deal with West Ham.